1 Cadillac Super Cruise Beats Tesla Autopilot by a Margin, but It’s Not All Bad

3 Borat Is Now Smashing Teslas for Fun: You Buy Cheap Car, You Should Expect This

5 Not All That Glitters Is Tesla Gold: A Fishy Story of Dumb Thieves and a Model 3
Car video reviews:
Up Next

Bill Gates loves EVs and credits Tesla with paving the way for the other manufacturers, but he didn’t go with one for his first all-electric car. Fear not, though, Tesla is not short of billionaire supporters.
5 photos

Since October is autoevolution’s Tesla Month, a virtual party for all things Tesla, here’s a look at one of the company’s billionaire supporters. His name is Ion Tiriac and, if that doesn’t ring a bell, you should probably know that, in addition to being a billionaire and a legendary sports figure (in tennis), he is the owner of one of the world’s largest and most diverse private car collections.

Said collection, which can be visited at a museum near Bucharest, Romania, includes over 400 vehicles, from vintage to the newest hypercars and, of course, EVs and hybrids. Tiriac also owns the former rides of the likes of Boris Becker, whom he managed, Al Capone, Elton John, and Sammy Davis Jr.

In short, dude knows a thing or two about cars.

Talking to GSP (a local sports publication) about electric vehicles, a favorite topic with Tiriac, he says the future can’t but be electric. He cites Dieter Zetsche, ex-Daimler CEO as saying that, by 2030, all cars produced will be electric, with one caveat: that they solve the issue with range. Granted, what Tiriac is saying is neither new nor groundbreaking in any way, but it does offer a closer, inside look at the future of the auto industry.

Tesla has surely paved the way for everyone else, Tiriac says. He owns and drives a Tesla, and has previously described its acceleration as insane. Tiriac has nothing but mad respect for Tesla, whether you’re talking about “the Tesla that carries food to the astronauts in orbit,” “the Tesla that produces electricity for you” or the car, and can’t wait to see whether the Cybertruck will deliver. He doesn’t name-drop the all-electric truck, but he says he wants to see if Tesla’s next year’s release will be able to “fly” on a bumpy road, so he’s probably referring to the Cybertruck.

“Tesla is not a phenomenon of today, but goes back 20-25 years,” Tiriac says, noting how, back in the day, everyone said electric cars couldn’t be done. He knows it for a fact because, “I was present at this phenomenon from inside.” Because of this, it’s somehow amusing to him how “everyone is now in a rush to make EVs,” but he’s happy with it because it pushes progress.

In the end, Tesla’s sole problem right now, which is the same one the rest of the industry has, is to make a battery that does away with range anxiety completely. The day when a carmaker offers an EV with a 5,000 km (3.106-mile) range on a single charge, is the day when EVs will have taken over. At least according to Tiriac. 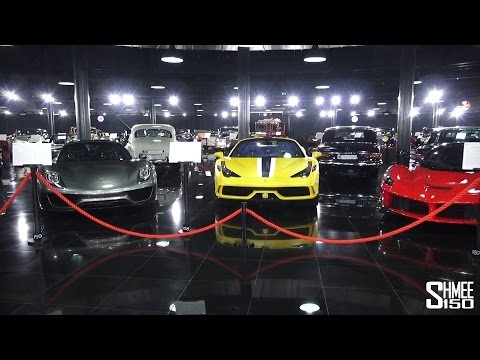 Editor's note: Pictured in the gallery, the Model Y from Tesla.