Beijing Could Impose One Car Per Person Limit 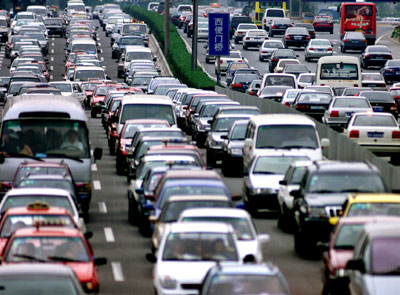 In a market where the auto industry is continuously evolving and carmakers are investing more and more money to consolidate their local positions, authorities are thinking about a law that would limit residents to only one car, in an effort to deal with national traffic congestion. Beijing authorities are pondering the possibility to impose a new regulation that would require residents to purchase a maximum of one car while those who don't have a home in the capital would be required to have at least 5 years of working in the city and own a parking permit.

This could only lead to criticism coming from those involved in the auto industry, as many believe that such a regulation would seriously harm new car sales. According to the Global Times, the first to express his concerns over this fact was Xiong Chuanlin, assistant secretary general of the China Association of Automobile Manufacturers (CAAM).

"The negative effect of restricting car purchases will be very serious," Xiong Chuanlin was quoted as saying by the aforementioned source. "Any stumble in the auto sector, one of the largest contributing industries to the nation's GDP, will surely (drag down) the national economy."

Furthermore, the Xiong emphasized that China has already reached the same sales levels as before the crisis and, thanks to the subsidies offered by the government, the auto sector would continue to grow. This would happen, of course, if China does not impose regulations to limit new car sales.

"The growth of China's auto market is not the problem," said Xiong. "Policymakers should seek to provide people more public transportation choices and make our roads more efficient for drivers, cyclists and pedestrians."