Ciprian Florea
While some of you may be tempted to think we’re a bunch of adults driving and assessing real cars, we can assure you that we’re pretty childish every now and then. And it seems we’re not the only ones, because the latest video we have stumbled upon proves the guys over at DBR High Performance like to fool around as well.
1 photo
As you already know, they usually put a lot of muscle on the dyno, including cars such as Mustangs, Corvettes, Camaros, and even a couple of Jeep Cherokees. We recall seeing a quad as well, but their latest choice for a dyno test is quite hilarious. And no, it’s not even a real car, it’s just a Barbie Power Wheels “vehicle”, probably a toy that some of you out there might have already purchased for your kids.

So in case you’ve asked yourselves how much power that Barbie Power Wheels “machine” packs, DBR’s dyno suggests less than 0.25 HP, while top speed can be achieved at a little over 6 mph. Just scroll down to see this awfully funny clip for yourself. 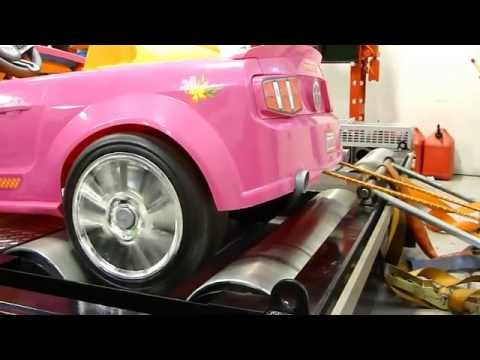