1 Pamper Your Vehicle with the Touchless Car Cover

3 Ferrari to Traffic Assist You with the Pro Z250
Car video reviews:
Up Next 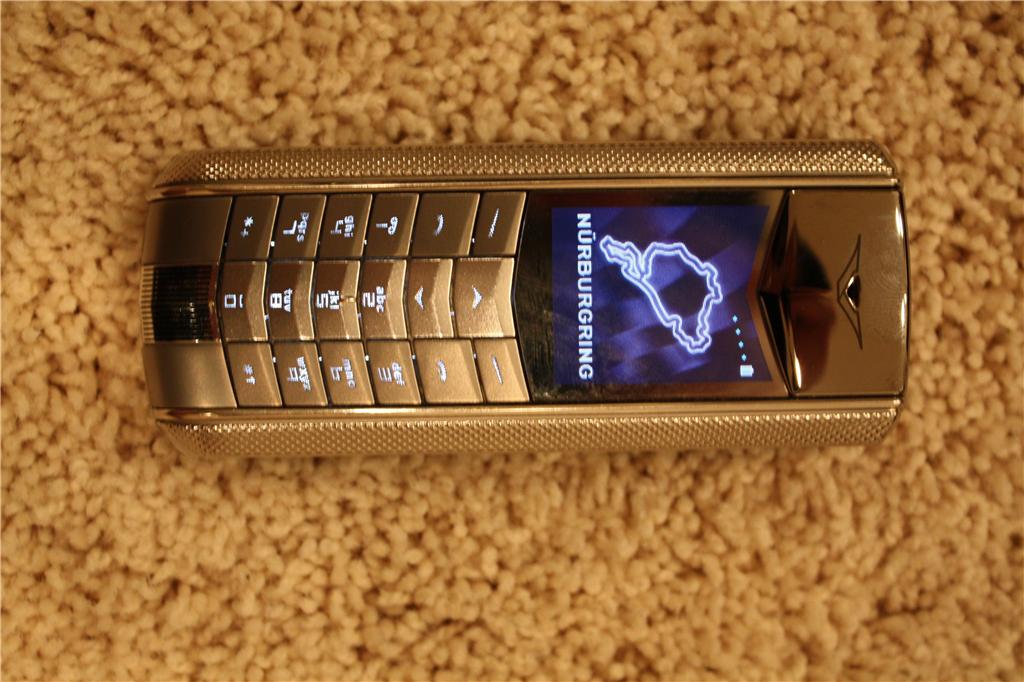 Petrolheads who want more than an ordinary mobile phone to show their passion for races now have the chance to purchase an authentic Vertu Nurburgring racetrack mobile phone on eBay (via mobilephone-reviews.com).

As a matter of fact, the Nokia-based cell was especially designed to commemorate Germany's famous Nurburgring racing circuit. Only 1,000 of this kind were built, so the Buy-It-Now price is rather spicy. Interested buyers should be ready to pay no less than $4,599 for the exquisite gadget but taking into consideration that the price for a new one was higher than $8000, you could consider it an interesting offer.

The Vertu cell phones are made from titanium and finished with racing leather. However, due to regular use, this one's leather is kind of discolored, while the titanium parts show some slight hairlines but the owner claims the gadget is not scratched.

More importantly, the 100% authentic cell phone made in UK  is sold by its current owner with box, original accessories and paper. The owner says he purchased this gadget three months ago from a Vertu seller oneBay and that he has always used the microfiber case when using it.

But now with the global recession striking the US, the Vertu mobile's owner is in need for some cash, so he is eager to sell it to any person ready to pay the price on the condition he or she lives in the US. And in case the interested buyer agrees to pay half of his airplane ticket, he could hand the cell phone directly to him/her and then they can go  to the nearest Vertu AD to check for the authenticity.

If this offer appears tempting to you and you have the cash to spend on such an item, jump over on eBay and make a bid. Still, be careful! Once you purchased the Vertu phone, you will not be allowed to return it.