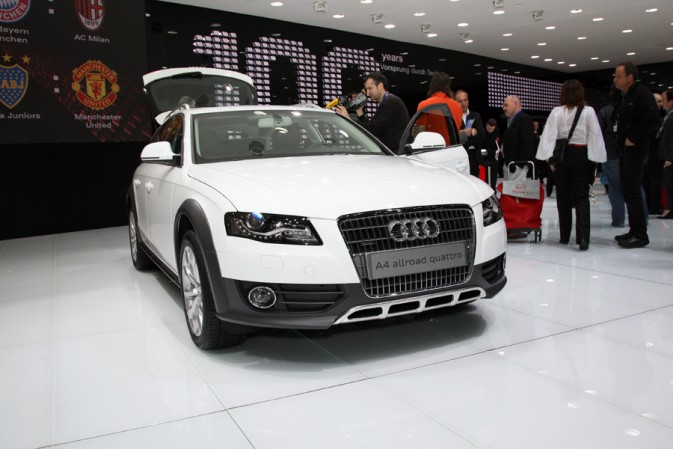 Following the public unveiling at the 2009 Geneva Auto Show, it may seem like German automaker Audi wants to re-launch the Allroad Quattro in North America, despite the fact that current market conditions aren't exactly appropriate for such a model.

However, Peter Schwarzenbauer, Audi AG board member for sales and marketing, said North America's approach on SUVs has changed a little bit so bringing the newly-launched model in this side of the market may sound like a good strategic move. However, negotiations are still under way, Schwarzenbauer told Autonews today.

Audi initially sold the A6 allroad in North America and, despite having a pretty strong start with sales reaching 6,000 units, US deliveries started declining felling to approximately 2,500 units in the last year of availability, according to figures given by the same source.

"When we launched the A6 allroad the first time, it was still the high time of big SUVs," Schwarzenbauer said. "And I think it was hard for a new concept to compete against the SUVs.

Audi's officials explains that this may be the proper time to launch the allroad in North America as the local market experienced major changes in consumer attitudes toward SUVs since the beginning of the economic recession.

"This might have changed in the last 12 months, so we probably have to reconsider what we do on the allroad side, whether it is A4 or A6," Schwarzenbauer added.

The Allroad flavor of Audi A4 was officially unveiled today at the 2009 Geneva Auto Show and is expected to arrive in authorized European dealerships this summer. Pricing starts at 37,100 euros for the base model, the German automaker said in a press statement at the show.