The BMW E30 3 Series is widely known as possibly the best version of them all, and there have been numerous accounts when journalists praised them, with good reason. The M3 is basically the epitome of handling and agility, if you ask any enthusiast and their prices just keep on getting higher.
1 photo
However, few people actually know that this particular model also had automatic versions. It’s hard to think about it, considering that almost every single one you can find today is using a manual gearbox. And yet, they did exist.

Being as rare as a unicorn, it’s easy to see why nobody really paid any attention to them. It’s not that they don’t want to, it’s that they can’t really find one to take for a test and see how it handles the road and traffic.

You’d also be inclined to think that it would be horrible. After all, except for the 8-speed automatic gearbox BMW has today, the 7-speed DCT that’s only available on M models and the previous gen 6-speed Steptronic, the Germans haven’t been known for having brilliant self-shifting boxes, let alone one from the 80s.

And yet, as it turns out, it’s not that horrible. Being intrigued by a video posted online by Jonathan Harper, in which he commends a 1990 BMW 325i automatic, we started looking for other people that had the chance to drive such E30s and we found a couple of them, all saying basically the same thing: it’s not that bad.

Sure, there are some divergent opinions out there, but some common ground can be observed and it includes a couple of key elements:

- gear shifts are smooth, not jittery like on a variety of other cars from the same era
- idling is not fast, once again, as it seemed to be the norm back then
- you can even drive fast and sporty if the situation (or mood) dictates it, the gearbox responding lively

That being said, the BMW 4-speed gearbox used back in the day, could very well be a comfortable experience and help you get an E30 without spending too much money.

That’s because due to the stigma they have, automatics are cheaper to buy. If you can find one that’s still running. You’ll also have to take into consideration the fact that all those attributes written above would only apply to cars that have been properly maintained, with regular service checks and all the goodies changed in time. That makes things even more complicated.

However, if you do manage to get your hands on one, remember to keep an open mind. 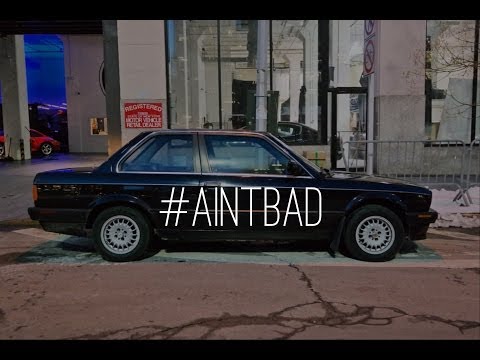