2 Renault's Has 3 Electric Car Concepts in the Works

Alternators Out, Thermoelectrics to Improve MPG 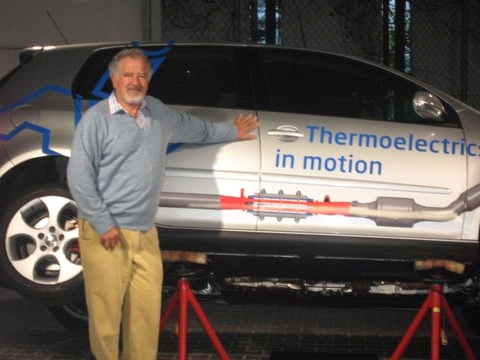 The era of the alternators may soon come to an end, as thermoelectric technology becomes a more and more viable energy source. The phenomenon, which uses temperature difference to create an electric potential, is known for some time but was considered ineffective. This was until Volkswagen and BMW developed their own thermoelectric generators (TEG) to help reuse waste heat from a combustion engine.

Prof. Rowe of the University of Wales says in a report quoted by gizmag.com that VW claims up to 600W output from the TEG in highway driving conditions, about 30 percent of the car's electricity requirements, which in turn reduced fuel consumption by more than 5 percent. BMW on the other hand has developed an exhaust powered thermoelectric generator that puts out 200W and has been used successfully for more than 12,000-km road use.

In automobiles, two-thirds of the fuel used is emitted as waste heat. Overall, 30 percent of the energy is lost in heat from the engine block and a further 30 to 35 percent is lost to exhaust fumes. The TEG generator uses the difference between the waste heat and the ambient temperature and uses that gradient to produce electricity. The higher the temperature differences, the better the results.

The Fraunhofer Institute for Physical Measurement Techniques IPM has a number of thermoelectric materials under development that will convert heat into electricity.

Researchers say that with 50 million cars on the roads in Germany with an average on-road time of 200 hours a year per car, if only one kilowatt each was produced by the TEGs, this would amount to ten terawatt hours per year.