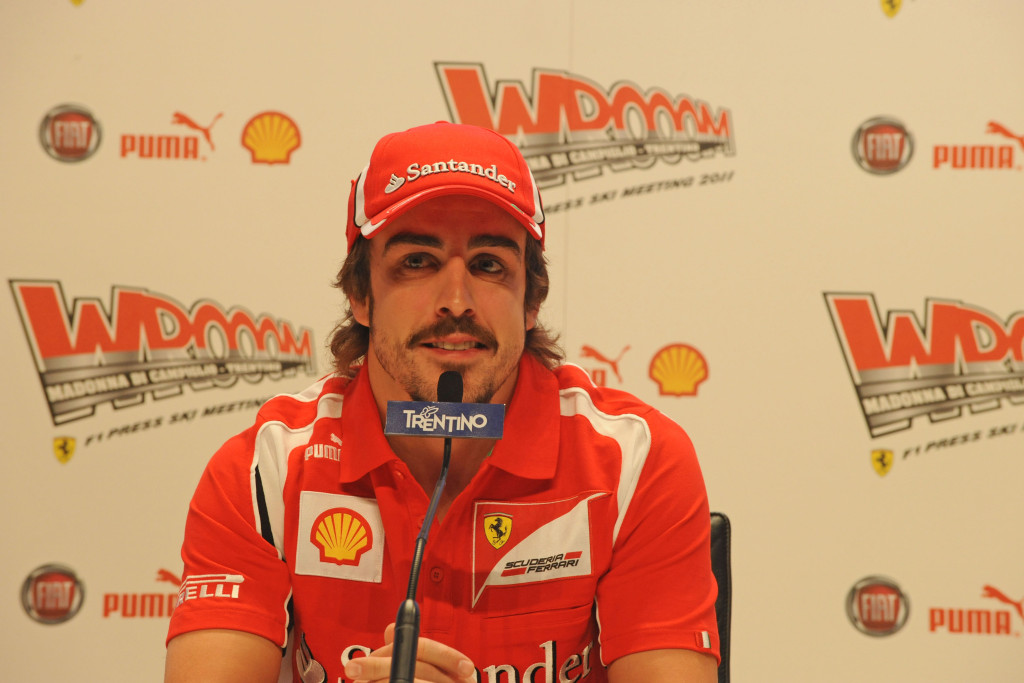 Fernando Alonso found a fun way to reveal his new secretary for the 2011 Formula One season. It all happened during the now traditional Wrooom event, held at the Madonna di Campiglio ski resort in the Italian Dolomites, at the end of the farewell dinner.

The 2-time world champion came before the media and announced that he was going to perform a card trick with the help of two assistants. The first one was the lovely Roberta Vallorosi, who has recently been working in Ferrari's press office. When presenting her, however, Alonso also revealed Vallorosi's new role for 2011.

“She worked with Valentino Rossi and now she is my press secretary,” said Alonso in fluent Italian, according to O Estado de S.Paulo.

His second assistant was none other that the 7-time MotoGP champion Valentino Rossi, whose participation in the Wrooom event coincided with his first public appearance in the red Ducati colors. Having those two by his side, Alonso then performed an elaborate card trick using props including a condom and a teddy bear.

“How was that possible?” Rossi marveled after the Spaniard retrieved the missing card.

The next public media appearance for the entire Ferrari staff, including its drivers, will happen in the last week of January, when the Scuderia will unveil their 2011 challenger. A few days later, the team will pack for Valencia, where the first test of the winter kicks off on February 1st. Alonso is scheduled to take the wheel of the new Ferrari in the first 2 days of action, after which he will hand the car to teammate Felipe Massa.