5 African Motorcycle Diaries Series to Premiere on TV and Makes it on DVD, Too
Coverstory

Alexander, the Son of American Racer Malcolm Smith, Tries His Hand in the Dakar 2016

Home > News > Moto Motorsport
Florin Tibu
They say that an apple doesn't fall far from the tree, and this goes in pretty much all scenarios, with the world of motorcycle racing not being an exception. Below you have the beginning of yet another bike racing story told by Alexander Smith, who carries on the legacy of his father, Malcolm Smith.
6 photos

As Alexander himself says in this video, his motorcycling life started with him riding on the tank of his father's dirt bike in the Baja Valley. After around two years of such outings, Alexander asked his father how come he didn't have a bike of his own.

When his dad replied that he never asked for one, you can figure out what came next. As his family ran a motorcycle dealership, it was only natural that Alex got his bike that very same day, and he never stopped riding ever since.

A dedicated off-road racer, Malcolm Smith was a very good role model for his son. Smith won the Baja 1000 six times, the Baja 500 four times, with double victories in Nevada's Mint 400 and the grueling hard enduro Roof of Africa rally.
Malcolm was no stranger to movies, either
Even when it comes to movies, Malcolm Smith had something to show to his son Alexander. Back in the day, he co-starred with Steve McQueen and Mert Lawwill in the classic bike documentary On Any Sunday (1972), later adding more titles to his name, such as Naturally Free (1975), Dirt (1979), and On Any Sunday II (1981).

A decade ago, Malcolm appeared alongside Mario Andretti and Robby Gordon in Dust to Glory, another documentary film about the Baja 1000, the same competition that claimed the life of KTM rider Kurt Caselli back in November 2013.
Alexander Smith believes that the Dakar is the ultimate off-road race
Alexander traveled to Romania and tried his hand in the insane Romaniacs hard enduro competition, and also raced (and won) in Baja 1000 in the (solo) Ironman class.

These days, Alexander is doing his best in the South American Dakar Rally. His best finish so far is the 45th position, having ended the last two stages in the same way. However, he seems to get gradually better at this, making steady progress from the 74th place. Eight stages into the 2016 Dakar, Alexander Smith is riding a Husqvarna 450 Rally machine.

Is this the beginning of a Dakar career that could equal or even surpass his father's 4th finish in the Paris-Dakar Rally back in 1988, even though his father used a Range Rover? Only time will tell... 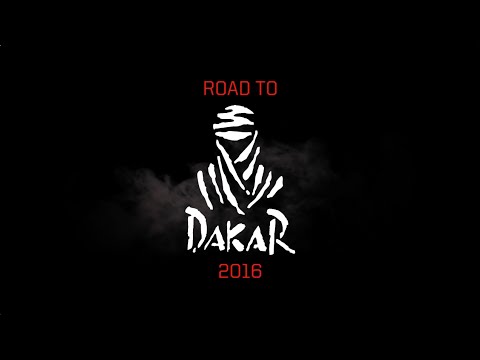