1 SR-71 Mustang to Be Auctioned Tonight

3 The Evolution of the Crash Test Dummy 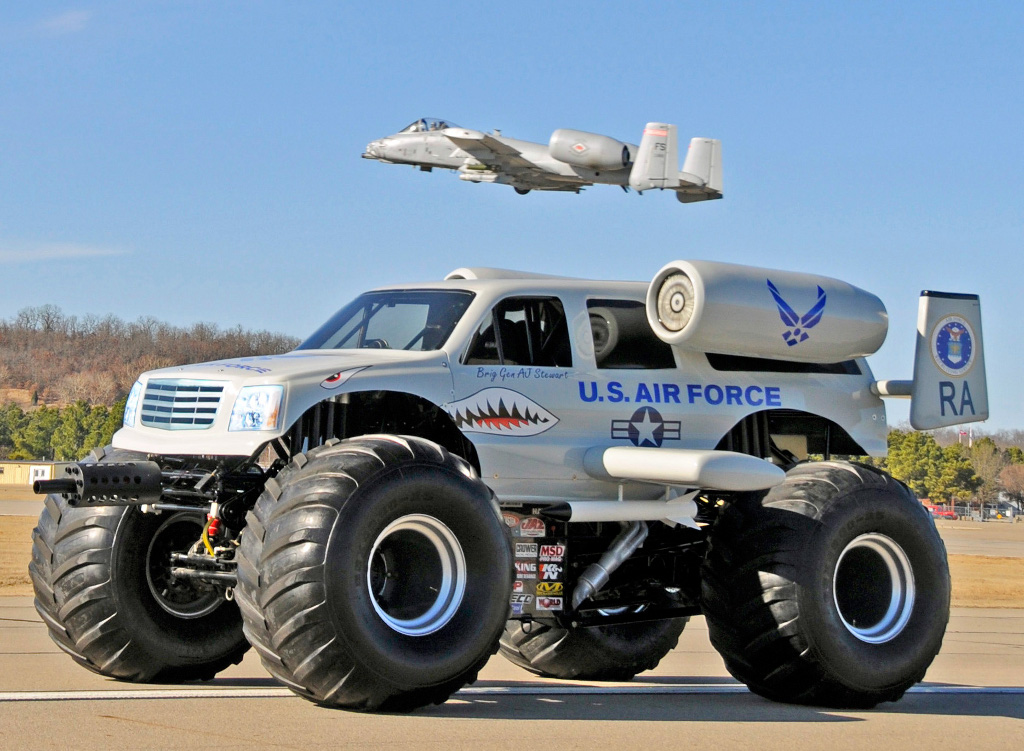 If you're living in America, then at some point you must have found yourself drawn to the idea of serving your country. Noble as they might have been, we're pretty sure your feelings at that point we're boosted the way in which the Army, Air Force and Navy advertise their way of life.

If you have been with autoevolution long enough, then you might be familiar with last year's US Air Force (USAF) Project Supercar and its results, the Mustang X1 and Dodge Vapor. But that's last year's news.

This year, the USAF has something bigger and meaner up its sleeve: the A-10 Monster Truck. Built to match the A-10C Thunderbolt II Warthogs serving in the 188th Fighter Wing, the monster truck will be the weapon of choice for recruiters of the USAF.

Back to the truck, although it will pack no actual weapons, it will surely look like it does. The vehicle has been fitted with the A-10's wings and two General Electric GF-34 engines, accompanied by a 30mm Gatling gun. None of them actually work, though.

If you are not quite the monster truck type and more of a chopper rider, the USAF already knows it and it has already prepared a new bomb: an Orange County Choppers... chopper built to match an F-22.