Now that the rabbit’s finally out of the hat, it’s time to take a closer look at what the BMW M2 brings to the table. We learned about its specs earlier today, but what do they actually mean? How do they translate into performance?
1 photo
Well, until we get to drive it, we have to rely on what BMW is feeding us. The car got its official launch film today, where we learned about the fastest lap time the M2 recorded on the famous Nurburgring, one of the first indicators people are using to measure a car’s performance these days.

According to the Germans, the new M car posted a time of 7:58, which makes it not only 7 seconds faster than the E92 M3 but also considerably faster than its predecessor, the 1M Coupe that was clocked at 8:15, 17 seconds slower.

To put things even better into perspective, you should also know that the M2 is just six seconds slower than its bigger brother, the BMW M4, that was clocked (admittedly by an independent driver) at 7:52 on the Nordschleife.

Things are looking good when comparing the car within the BMW stable but look outside of this blue and white realm and you’ll start noticing that the M2 is not actually all that fast.

The car is on par with the Porsche Boxster S (981) and marginally faster than the Seat Leon Cupra 280 DSG model by a small margin, but still, that’s a front-wheel drive car. On the upside, the M2 is just 2 seconds slower than a Chevrolet Corvette Z06 (C5) and that’s nothing to scoff at.

Yes, things could’ve been better, but as you’re going to see in the launch video, the aim of the new M car is to bring joy to younger enthusiasts at a more affordable price and that’s exactly what is suggested here.

Furthermore, it is shown here next to its predecessor, the 1M Coupe and the original E30 M3, in a challenge around a track that was left unknown. Those more prone to circuit time will surely recognize the track and you have the comments section to tell us what your guess is. 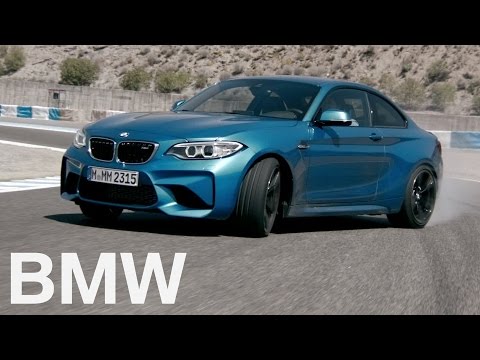