3 Hyundai Veloster Production Model to Be Revealed in Detroit

2012 Hyundai Veloster Will Be Available in Australia 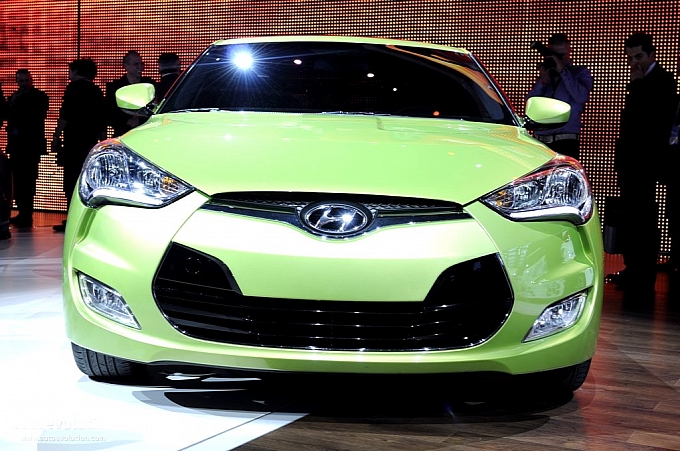 Hyundai Motor Company Australia announced today that the all-new Veloster, which was recently unveiled at the Detroit Auto Show, will be available Down Under. According to the press release, a launch date has not yet been fixed, but the Veloster should arrive in late 2011. Details of Australian specification and pricing will be revealed a date closer to the launch.

The car has a unique three-door configuration and combines sportiness with efficiency. It is powered by direct-injection 1.6-liter Gamma inline-four cylinder engine, developing 138 hp at 6300 rpm and 123 lb-ft (166 Nm) of torque 4850 rpm. The model also promises to deliver highway fuel economy of 40 mpg (5.88 l/100km), thanks in part to its low weight of 2,584 pounds (1172 kg). Transmission choices will include a 6-speed manual and a 6-speed dual clutch.

"Gasoline-direct-injection technology allowed Hyundai engineers to create an engine that is powerful, fuel-efficient, and has fewer emissions. Despite its small size, it generates some big numbers, with both impressive horsepower output and up to 40 mpg US on the highway," said Hyundai American Technical Center Inc. powertrain director, John Juriga, at the launch of the car.