2 Hyundai Veloster to Show Its Face in Paris

Hyundai Veloster Production Model to Be Revealed in Detroit 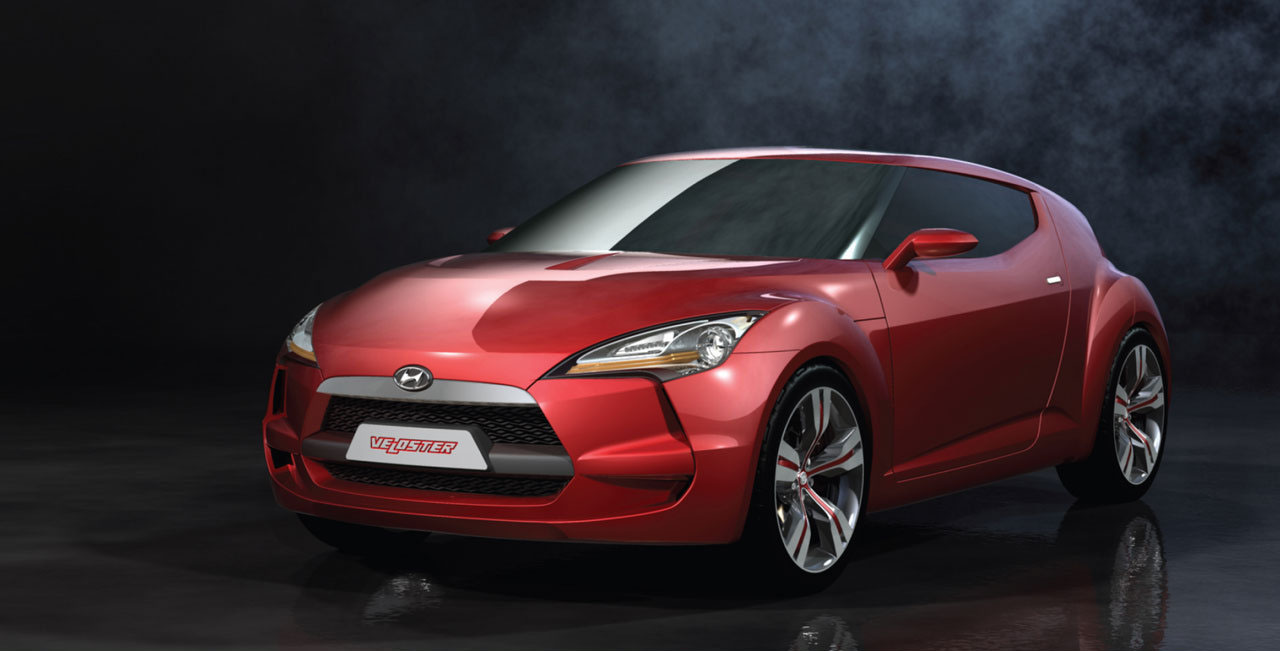 The Korean carmaker hopes to make a big impact with what it calls a “utility coupe” when it hits the road next year. The car, which is set for a January debut at the Detroit Motor Show, will offer a series of innovations for the compact coupe segment.

The model premises to be totally original, offering unique system for opening doors and their practicality. The prototype, presented at the Seoul Motor Show in 2007, was originally intended to remain just a design conception, but the reactions have been favorable to its launch and the Korean manufacturer has thus decided to produce it.

According to Auto Express, the production model will still have the striking sculpted bonnet, LED head and taillights and blacked-out A-pillars of the concept. What has changed is the door configuration, which has been changed to a 2+1 layout. The driver’s side door will be elongated, like that of any two-door coupe, but the passenger side will have two doors for easier access to the back seats.

From a technical standpoint, the Veloster will share its platform with the Kia cee’d three-door, and will offer a range of engines, including a normally aspirated 1.6 petrol direct injection with 140 hp and a turbo version with 208 hp. The model also will debut the new six-speed dual-clutch gearbox, able to reduce consumption by 5 and 7 percent and offering better acceleration than the six-speed manual. No word on the cost of the model, but expect it to be priced to compete with the rival models like the Renault Megane and Volkswagen Scirocco.

autoevolution will be attending the 2011 North American International Auto Show (NAIAS) in Detroit, so stay tuned for some real up close and personal shots of the vehicles, as well as for first-hand details of the motorized contraptions presented at the event.