3 Daihatsu ALZA, on Sale in Malaysia

4 Daihatsu Materia, the Auto TARDIS
Car video reviews:
Up Next

1990 Daihatsu Rocky Recalled in the US 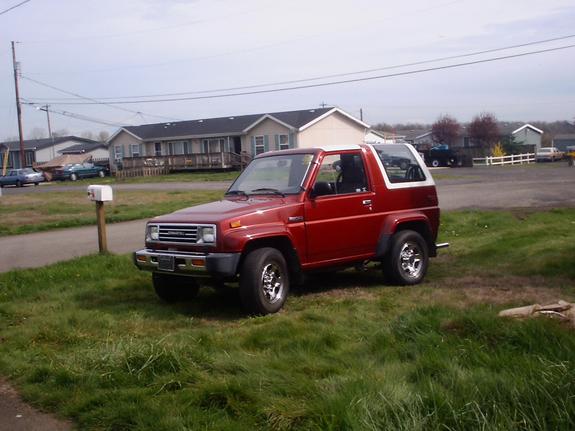 Toyota managed to create a complete recall madness. Nowadays, whoever hears about a recall gets instantly scared, as problems seem all related to painful, fiery deaths. But that’s not always the case.

Unfortunately, Toyota is not the only car you can get yourself cremated in. Recent National Highway Traffic Safety Administration studies show that the Daihatsu Rocky model produced between 1990 and 1992 might have some problems with its engine, engine cooling system, exhaust systems and emission control. Therefore 4,000 vehicles will be recalled in the United States.

There’s official information that Daihatsu is recalling certain model year 1990-1992 Rocky sport utility vehicles. The main concern is that the check valve in the fuel vapor evaporative emission control system might develop a crack in long-term vehicle usage due to insufficient durability under some environmental or operational circumstances. The consequence could be a leak of fuel evaporative gas vapor into the vehicle which might result in a fire.

All Daihatsu has to do now is have the old check valve replaced with a new check valve of improved construction. As expected, the service will be performed free of charge starting in March 2010. Because tracking down affected Daihatsu owners might be somehow complicated given the fact that the cars were produced more than 17 years ago, they are asked to call at 626-968-6764, according to NHTSA’s official website.