Toyota unveiled the fifth generation of the Prius in late 2022, and the Japanese automaker finally focused more on the car's design, creating a better-looking vehicle.

With a drag coefficient of just 0.26, the 2023 Prius boasted a sleek look with a bold front fascia that featured C-shaped daytime running lights while the headlights were placed underneath them. The profile revealed a raked windshield that could suit better on a sports car. It was continued by an arched roof followed in the back by a sloped rear windscreen in a Kammback-style with a tall rear end. Dropping the unpainted plastics in favor of gloss-black elements helped the car's back look better.

Like its predecessor, the fifth-generation Prius boasted a high-tech interior. After years of placing the instrument panel in the dashboard's center, Toyota finally moved it in front of the driver in the form of a TFT display. In addition, atop the center stack, the carmaker placed a 12.3" touchscreen for the infotainment unit, fitted with a volume knob. Yet, that button was placed on the right side. The Prius featured a center console that hosted the transmission lever between the front bucket seats. Yet, the automaker could have done better with a few buttons or a rotary dial. In the back, the car could accommodate three occupants on the split-folding bench. Yet, the headroom was not something to write home about it.

The car's underpinnings were based on a new hybrid system that relied on a 2.0-liter Atkinson engine paired with an electric motor for a total output of 194 hp (197 PS) in the FWD version. In addition, Toyota also offered two AWD versions, fitted with a 196 hp (199 PS) or a 220 hp (223 PS) powertrain. 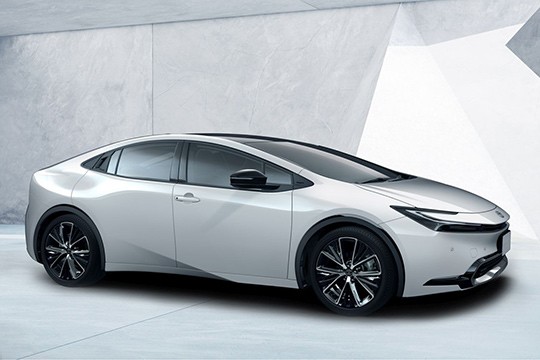