The Japanese car-maker Suzuki refreshed one of its best selling SUV from its stable, the Vitara.

It was introduced in 2015, and three years later, it received a substantial upgrade.

Forget about big, off-road vehicles. The Vitara use to eat mud for breakfast, lunch, and dinner, and it could do that every day. The times were changed, and there was no longer a need for really tough off-road vehicles. But the Vitara lineup stayed in the Suzuki lineup as a capable SUV.

The design was slightly changed, and it made the car looks smaller than the non-facelifted version. The designers installed six tilting slats instead of two horizontal ones from the 2015 model on the front side. The bumper remained almost the same, with fog lights installed on its sides, but with a different apron where the radar for the automatic cruise control was installed.

Inside, there was a new layout for the dashboard, with colored circles around the vents. The older multi-information display from the instrument cluster was replaced by a new, 4.2” color LCD. Suzuki upgraded the 2018 Vitara with an automatic braking system and traffic sign recognition from a safety perspective. Adaptive cruise control was on the options list. 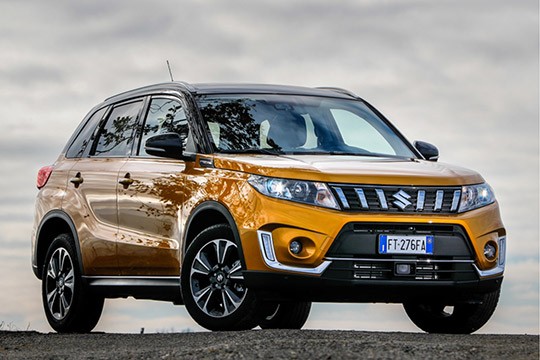