Introduced in 2008 as a result of a joint-effort with Opel, the Suzuki Splash was the Japanese brother of the Opel Agila and benefited from the Fiat powertrain experience.

In 2011, the Splash needed a revamp. The sales were not that spectacular, and the world economic crisis affected the little car built in Hungary. The refresh affected both the exterior, the interior, and the engines.

On the outside, the bumpers were redesigned with a V-shaped grille extended from the hood to the apron, and, on the outer sides of the apron, a pair of side-pods was installed. While for the base level, the fog lights were on the options list, on higher trim levels, those were among the standard features. The rear bumper received a pair of air-vents on the outside. They didn't evacuate the air from the rear wheel-wells but were installed only for the look.

Inside, the designers were inspired by motorcycles and installed a rounded instrument cluster with light strips for the coolant temperature and fuel level. As an unusual feature, the tachometer was placed on top of the dashboard, so the driver didn't have to move its eyes from the road to see it.

Under the hood, the 2011 Splash was offered with a choice of two gasoline engines: an inline-three, 1.0-liter engine, or an inline-four 1.2-liter. The latter was available with a 4-speed automatic transmission while the standard was a 5-speed manual for both units. 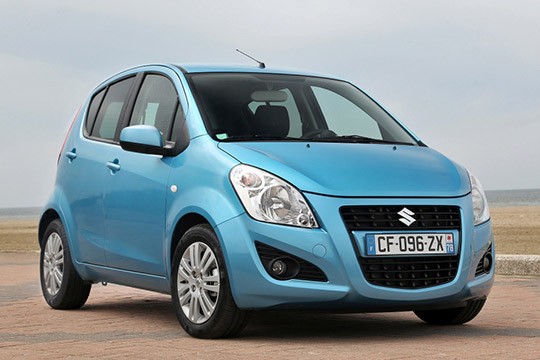