4 Moe Shalizi Giving Up Another Car This Month, an All-Original 1970 Plymouth Superbird

Just two years after the nameplate's introduction, Barracuda went through a facelift that brought it several exterior and interior improvements and some changes for its technical part.

While it couldn't keep up with the Mustang, the Barracuda had several advantages over its competitor, especially thanks to its engine, which provided more power than the powerplant installed in Ford's pony car. But where it gained on the drivetrain, it lost on the appearance and interior features. So, Plymouth addressed these issues with a facelift for the 1966 model year.

The Barracuda started its career with a very distinct front fascia that featured four lamps at the front, but these were arranged differently than on any other car. But customers didn't seem to like it too much, so Plymouth reconsidered that and reorganized that with just a pair of headlights and a modified center section of the grille. Fortunately, the fastback shape with that gigantic rear windscreen remained.

Inside, the most striking difference was on the dashboard, where the automaker installed two equally-sized dials for the speedometer and tachometer that were flanked by four gauges. The rest of the interior mainly remained the same, and Plymouth didn't want to sacrifice the large rear window. But that meant that the rear occupants suffered from heat during sunny days.

The car's underpinnings received a significant upgrade on the braking department, which was fitted with discs at the front and drums at the back instead of drums in all corners. In addition, Chrysler allowed Plymouth to install the three-speed automatic gearbox on the 'Cuda. 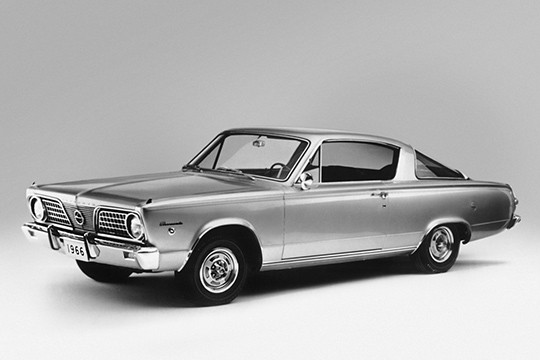