First introduced in the early 60s, the Charger was Dodge’s choice of a fastback look with the already existing technology.

The iconic 1968 model was completely different from the previous version, starting with the exterior design that was redesigned: the front end featured a flat black grille, round marker lights were present on the sides and at the rear end, the Charger had round taillights.

The second generation was produced between 1968 and 1970, the 70s model featuring slight updates.

The Charger was featured in the Bullitt movie and that helped the brand to gain even more fans for the notable car chase with the Ford Mustang GT through the streets of San Francisco.

Notable updates were made in the Charger’s cabin as well, such as the removal of the central armrest, the rear bucket seats were replaced by fixed rear seats, conventional gauges were added and the trunk was equipped with a vinyl mat.

Getting to the most interesting part, the 1968 Charger ran on a standard 5.2-liter V8 engine and the high performance package offered a 375 hp or a 425 hp HEMI engine. Talking about the R/T package, it was easily recognisable for its bumblebee stripes.

While the HEMI engine was available only with the R/T Package, the Magnum was a great choice of a powerful powerplant that was more street-friendly. 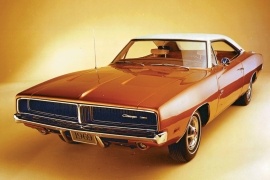 5 Original 1972 Dodge Charger Has Had Enough, Wants a Better Life