The Volkswagen Transporter is not a page of automotive history, but an entire book. The Transporter came to life in 1950 as some sort of a Beetle derivative and quickly became an icon, with its split windscreen becoming a good friend of hippie signs.

Starting from the second generation of the van, which arrived in 1967, we enter the area of vehicles that are still a part of the automotive landscape today (the vehicle is still being produced in Brazil).

The third incarnation of the Transporter arrived in 1979 and it was this generation that marked the end of the air-cooled era.

The fourth chapter of this story was written in 1990, with the most important change being the front-mounted engine configuration. This is a van that many companies, even in Western Europe, still use today.

2003 brought us the T5 Transporter, the vehicle becoming more mature and, for the first time, being eligible for the MPV title, in its passenger configuration. The T5 received an important facelift in 2009 and this is how we ended up with the current model.

Over the years, this VW van evolved from its prototype, which looked like something drawn by a three-year old to the road car-like vehicle we see today, serving an infinity of purposes, including working for fire departments and hospitals.

Now, the vehicle has become an autoevolution test car, with the model of choice being a passenger Multivan with the 4Motion four-wheel-drive system. We chose a mid-range approach, both for the engine (140hp 2.0-liter diesel) and the equipment level (Comfortline).
People sometimes smile and its one of the most pleasant feeling in the world, while other times they go through training sessions where they are though that they have to do this and then the whole thing turns into a really unpleasant experience.

Things are the same with VW's family face, which tries to uniformise all the cars in the automaker's range, from the Up to the Phaeton. While in some cases the faces of theses models become annoying, being nothing more than fake smiles, when talking about the Multivan, things are bright.

Like we said, the vehicle received a facelift in 2009, with its exterior being brought in line with VW's road cars.

The car manages to escape the image of a van that has received some extra windows and looks closer to the MPV it actually is. On the vehicle we tested, this image was accentuated by the lightweight 17-inch alloy rims.

Things start to become diluted as we move towards the back, but you never really get the feeling of a dull box on wheels.

We would've really liked to get our hand on the California version of the car, which is so much more than just a smile, it's a modern day reincarnation of this car's camping legend.
Don't speak to loud once you climb aboard the Multivan or you'll feel the echo! We're joking of course - the car is actually large enough for that to happen, but, fortunately, its cabin is not as spartan as to allow sound waves to reverb.

Especially if you use one of the sliding doors to enter the car, you instantly realize that this is closer to an MPV than to a van. The version we tested comes with two rows of seats and a rear bench, which means that it can haul seven people, together with their luggage.

There certainly is a formula which shows you how many interior configurations you can get by playing with the seats from the second row (these pivot and slide), the multifunctional table between them and the rear bench, but you don't have to do the maths to realize that the result will be a surprisingly high number.

The dashboard has been brought closer to VW's road cars (yes you will come across this notion a lot of times during this review and we're glad we could use it so many times).

Just like in the case of the exterior, VW' policy of sharing parts, which annoys you in case of the automaker's road cars, really pays out here. How could it not, when you're using a Passat steering wheel to drive your van around?

The soundproofing is good, so, except for maybe the engine noise in certain moments, you can even use this as a mobile office. As for the luggage space, this is more than generous, bot only if you slide the rear bench forward.
Unless you're an automotive journalist in Siberia (Sir May B. Bach made this suggestion), test drives almost always kick off inside the city. We climbed aboard, were pleasantly surprised by what we found and started moving. Since our expectations weren't that high, the car managed to put a smile on our faces and thus we became confident about driving it in just a few miles.

However, after we added one or two extra miles to our journey, we somehow hit a barrier, with the dimensions of the car making it a bit difficult to jump from right to left through the traffic as you can do in a "normal" car. The problem became even more obvious when trying to park.

And there's more. The Multivan is such an interesting mix of sensations inside the city: you feel so good inside the car, especially thanks to the mobile home impression, but your office side does feel a little awkward when steeping out of it in the city center, but this starts to fade away when you think about it as a business shuttle

The 140 hp 2.0-liter diesel engine and the six-speed manual transmission make a good pair for urban dancing, making this activity a comfortable one and also offering decent economy (21 mpg or 11 liters per 100 km).

However, once you get used to the size of the car, you'll travel almost like in a normal one, with the parking being the only area where you'll really feel the difference.
The Multivan we tested is one of those cars that raises its hand before the review and asks for this section to be split in two.

For the on-road part, we'll tell you that the 140 hp, the medium power output of the diesel range, we tested is enough, so you should only turn to the 180 hp if you'll be traveling fully loaded and in a hurry.

Together with the six-speed manual (we would recommend a double-clutch DSG gearbox though), the engine allows you to stay with the other cars on the road, overtake in a decent manner and accelerate decently up to around 95 mph (150 km/h) - the official top speed is 104 mph (168 km/h).

The suspension is pretty firm, which, together with the optional 4Motion four-wheel-drive system of our test car, makes the handling predictable and even gives you confidence to push things to a certain level. As for the brakes, these offer the same impression.

The wind noise is kept at a decent level, so your passengers can concentrate at whatever activity they're involved in. This is one of the best ways of transporting up to seven people, as we are actually talking about an MPV here. As for the open road fuel efficiency, this sits at 31 mpg 97.5 liters per 100 km).

However, the Multivan is pretty dull to drive. But don't worry, you can have tons of adrenaline with this car, you just have to get off the road, where you can rely on the generous ground clearance and 4WD system.

Yes, Volkswagen's 4Motion is a reactive system,and you don't get a transfer case, so you never really get hardcore off-roading abilities, but the car is solid enough to get you through most situations, with the only elements that seemed unfit for such activities being the clutch, which felt like a little man trapped between the pressure of the car's metal and the entire planet.
Next page
12
61user rating 29 votes
Rate this car! 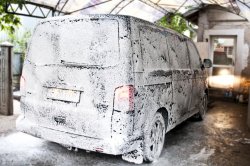 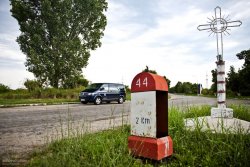 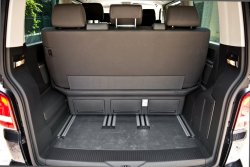 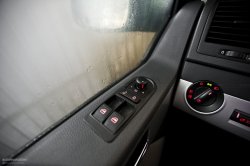 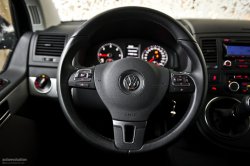 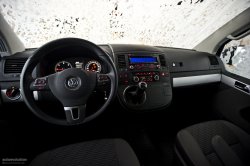 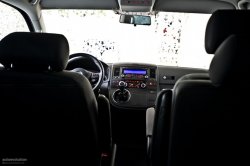 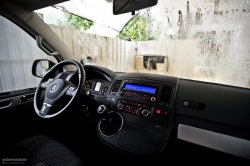 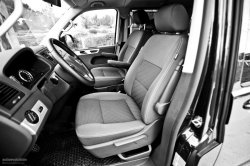 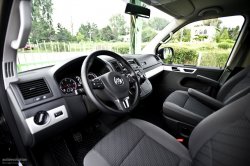 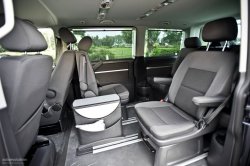 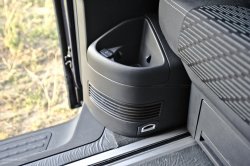 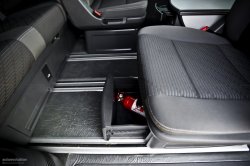 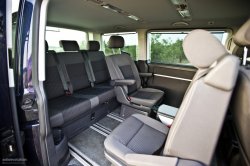 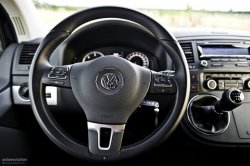 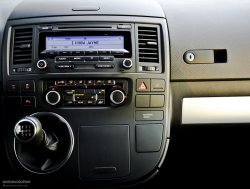 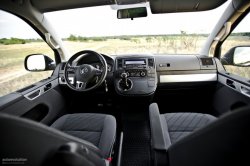 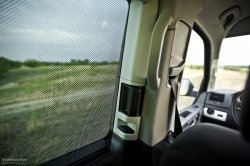 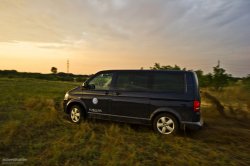