I can see why a lot of people thought Fiat 500X’s addition to the range was just a joke, at first. The original 1957 Fiat 500 was an iconic car, a small vehicle credited to be the first true city car. It had a rear mounted 479 cc two-cylinder air-cooled engine and it measured less than three meters in length (9' 9''). Coming at a time when the Italians were still recovering after the war, this affordable car was the perfect solution for a lot of cash-strapped people who otherwise would not have been able to afford a car.
50 years later, Fiat launched a new 500 model that was larger, heavier and with a front-mounted engine that was definitely larger than 500 cc. The only things it had in common with the first Cinquecento were the name and some stylistic references. However, it proved enough for the third millennium customer as the new Fiat 500 became extremely popular in its own right, rocketing to the top of Fiat sales list in no time and staying there.

Fast-forward five years to 2012 and the modern Fiat 500 was already starting to grow a family. The first to join the ranks was the Fiat 500L, a larger (do you see a pattern developing here?), five-door vehicle built on a different platform and appealing to the Fiat 500 customer whose family was also expanding.

Three more years later, the 500 received a new addition to its range, this time in the form of a crossover called the Fiat 500X. Adjusting to current market conditions where small and medium-sized crossovers were all the rage, Fiat took advantage of its alliance with Chrysler and put a massively retouched 500 body on a Jeep Renegade platform (SUSW 4x4). The result was the largest Fiat 500 ever created - bar the 500L Living, which is longer and taller.


It all depends on how you look at this magic number. If you're still stuck in the past, thinking about the original 1957 Fiat 500 and what it stood for back then, I'm afraid everything is lost. From a 'car for the masses', the 500 moniker has come to represent the posher side of the Fiat range.

Basically, the 500 is becoming a brand in itself, a separate arm for the Italian company, primarily used for marketing style-oriented vehicles. This is not a speculative observation, but an official announcement by Fiat who will shortly begin to advertise the split. More mundane cars such as the Panda or the recently revealed Aegea will continue to sell as core Fiat models, while the 500 range will keep on growing and will receive the best materials and technology available. For a price, of course.

That's their plan and they're sticking to it. And, to be fair, it would be bad marketing not to take advantage of all the attention the modern Fiat 500 is receiving. So don't hate on them exploiting that little old ladybug of a car's name and let's see if the new Fiat 500X is worthy of his ancestors.

One thing is clear: this car is an eye-magnet. Whether it's because it's still a pretty rare sighting or simply due to the fact people register it as a Fiat 500 but also notice something is off about the exterior design, heads will turn. It doesn't matter if it's moving or parked, clean of covered in mud (yes, we did that too, but let's not get ahead of ourselves) people will look at it. And I must say, I didn't notice one condescending look during all my time with the Fiat 500.

However, I personally find its design a bit goofy. It's not that I don't like it, but it simply looks like a Fiat 500 went through an intensive bodybuilding program which made it really beefy, but couldn't do anything about the baby face of the original, smaller car.

The Fiat 500X actually comes with two distinct body types. The one we're discussing here is restricted to the Cross and Cross Plus trim levels and is more off-road oriented, with its protective bumpers and bottom engine splash shield. The other one is more stylish and features a front bumper with less plastic and more paint and comes with the Pop, Popstar and Lounge trim levels.

I didn't know this about myself before, but it turns out I like goofy designs as I would take Fiat 500X's looks over those of the MINI Countryman any day of the week. In fact, the only SUV/crossover within this range that I find more visually appealing is the Jeep Renegade. You'll be hearing more about Fiat 500X's sibling, as the occasional comparison is unavoidable.

To unlock the car, you simply need to push a small button on the driver's door handle and you're in. The keyless entry and subsequent engine start button are not standard features even for the Cross equipment level, though, which was the trim of our test car (this might vary depending on market).

The Fiat 500X does offer an impressive range of customization options, with no less than eight different designs for the 16, 17 or 18 inches wheels, four pastel colors, five metallic, two colors for a three-layered paint coat and one matte metallic option.


If the exterior is goofy, the interior is anything but.


The only few semi-extravagances are the perfectly round headrests and the shape of the door handles carried over from the 500. Apart from that, you wouldn't guess you're in a car that relies heavily on design to make a point.

Our car had a very dark-themed interior, with black leather and gray fabric for the seats, almost black plastics all around and a dark gray satin insert on the dashboard. The atmosphere is helped a lot by the bright headliner and the fact Fiat 500X comes with a generous greenhouse, so plenty of light gets in. Yes, that Beetle-like outside design doesn't take a toll on the windows' size.

Even though the fabric on the seats is rough to the point it might look like a scraper to those with sensitive skin, it does seem durable and the overall sensation is that Fiat has upped the level of quality for the 500X. The dodgy hard plastics of the 500 are a thing of the past and almost everything you touch is either soft and/or padded.

Finding the right position can be a bit tricky due to the lack of precision for the seat adjusting levers, but with a little patience you'll get there. And the seats actually prove to be quite comfy even on long journeys, even if they come off as a little hard at first. The only downside are the headrests. Their round bowl-like shape is fine if you can get your head to fit in there tightly, but if you're a 1.98 cm (6'7'') little giant like myself, you will end up hitting the back of your head against the edge of that 'bowl'.

And it will hurt. So much that I think I would prefer a serious case of whiplash over hitting that headrest in case somebody crashed into the back of my car.

But I shouldn't bore you with the troubles of being outside the generally accepted dimensions of a human being and move on. A very nice feature is the insanely thick steering wheel. I swear I haven't seen such a hefty wheel since I drove the BMW M car. I have no idea how members of the fair sex (or people with smaller hands in general) will get along with it, but I find it a joy to hold and use. Steering wheel mounted controls also cover most functions and are easy to read into.

Another 'meh' aspect are the side mirrors. While they are the perfect size and offer good visibility behind, their position is way too close to the driver which means he has to turn his head away from the road and to the left or right in order to view the traffic behind. It wasn't an actual problem for me during the few days I drove the car, but those fractions of a second lost with the head movement could prove vital in an unfortunate scenario.

Since they share the same platform, the 500X and Renegade have the same wheelbase (2,570 mm or 101.18") while the Fiat has five millimeters longer overhangs. Interior space is not a problem, then, on any of the three axes. Even the rear seats can accommodate two adults with ease, while a third would be a tad squeezed in but would survive a long trip unharmed.

Boot space is perfectly decent with 350 liters on offer (21,4 cubic inches), expandable to a full 1,000 liters (61,000 cubic inches) with the rear backrests completely folded. While the boot space might not be Fiat 500X's strongest point, it's not exactly a drawback either being more than enough for a family of up to four. Or a family of eight contortionists with insane packing abilities, but how many of those are there?

The Fiat 500X is aimed at young, progressive people with rich social lives and a dynamic rhythm. And where do these people tend to live? Exactly, in big cities all around the world. So the way the Fiat 500X handles urban traffic is an important aspect as, like it or not, this is where it will be spending most of its life.

Depending on the engine/transmission combination, the 500X can be either good or great. Naturally, any of the automatic transmissions (9-speed or six-speed dual clutch) make the perfect fit, while the engines are strictly related to the gearbox choice, so there's not much room to fiddle. But while an automatic transmission - like the nine-speed we had - does make life easier, it's not without its foibles.

I found it really odd that the start/stop system was turned off by default, but after switching it on for a few minutes I started to understand why. It's very unpredictable and will often shut down the engine even when applying low pressure on the brake pedal for the exact reason of preventing that. However, if you find yourself in heavy traffic, I do recommend you switch it on. Not only will it save some fuel, but if your car has a diesel engine like ours did, it will also make the interior ambiance a lot quieter.

That's because the 2.0 MultiJet engine is a bit noisy for what we've come to expect from modern diesels. While it's not so off-putting on the Jeep Renegade since that's more of a utilitarian car, the Fiat 500X is in desperate need of a refined diesel power unit. Or at least better sound-proofing and maybe some work on the engine mounts, as there are some strong vibrations coming out of the engine bay as well. Start the engine on a cold morning and you'll think you bought yourself a tractor.
Next page
12
76user rating 26 votes
Rate this car! 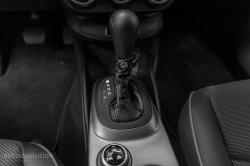 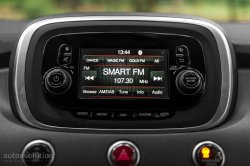 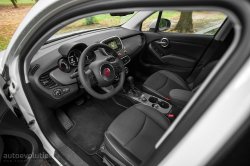 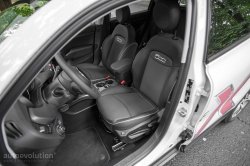 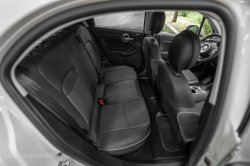 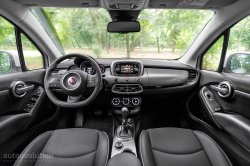 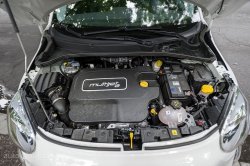 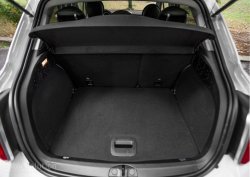 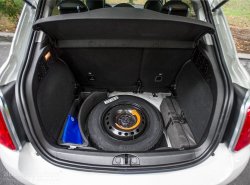 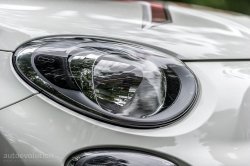 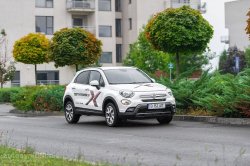