2 Yamaha R1 Offered in “Life In the Fast Lane” Sweepstakes 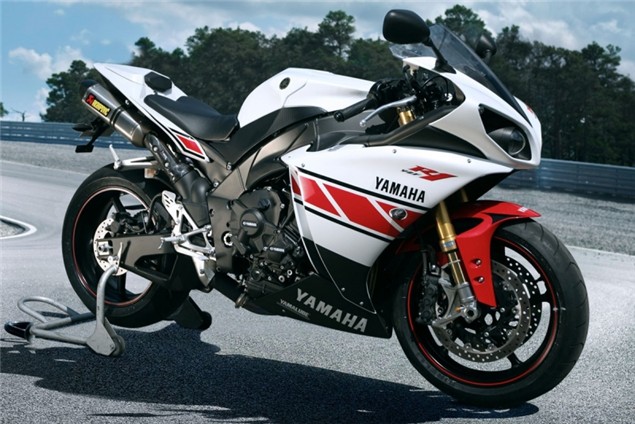 The French division of Yamaha recently announced the launch of two new limited edition versions of the Yamaha R1 bike, but which are unfortunately available on the local market only. According to Motorevue via Visordown, both the SP and SP/R Factory Edition are a tribute to the French Endurance team.

First off, the most accessible one, the SP is priced at EUR16,999. Boasting the same engine and chassis as the standard R1, the SP comes with exclusive colors, a solo seat, seat protective casing of Polytron, which is very resistant to abrasion, a minimalist plate bracket, and a pair of titanium and carbon Akrapovic exhausts. Basically, for EUR3,000 more than the standard R1, the SP offers a special racing look.

Next, the SP/R comes in a look identical to the SP, only that it receives a better chassis performance. This improvement can, in fact, be summed up to just two words: full Ohlins. Other details include an FGT Racing fork and TTX 36 fully adjustable rear shock absorbers. Pricing for the SP/R has been set at EUR19,999.

For 2010, the standard R1 comes with a twin projector beam headlights concentrated near newly placed forced air intake ducts. The bodywork features inner and outer shells controlling airflow around the bike at high speeds and forcing more cool air to the radiator and engine bay therefore eliminating the need for hot-air vents usually located at the sides of the radiator.

There is also a limited edition model finished in Valentino Rossi/Fiat Yamaha livery including the number “46” and “The Doctor” logos, as well as a replica of Valentino’s signature on the fuel tank.