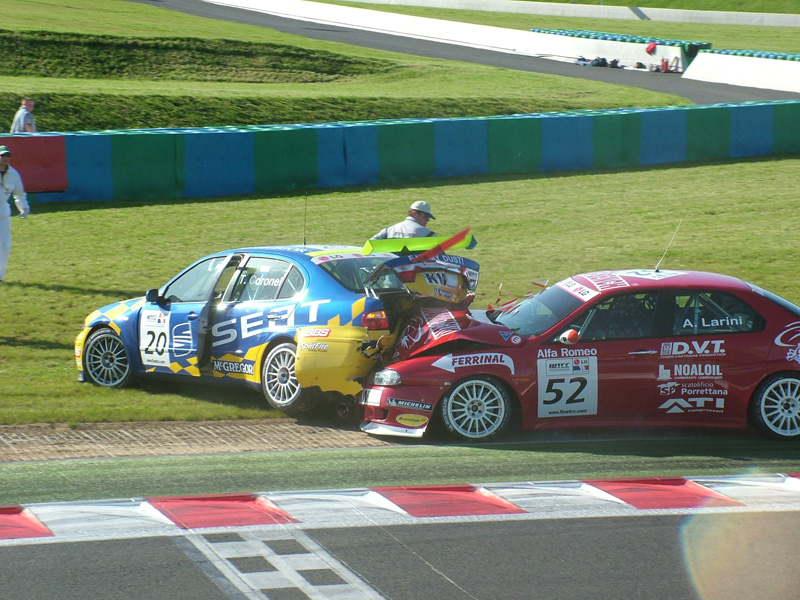 It might sound strange and selfish, but other peoples' accidents can be quite beneficial. To whom? Well, to other drivers, of course. FIA WTCC's press office recently announced that the Monza race marked introduction of the FIA Institute Accident Data Recorder on World Touring Car Championship cars.

“The aim is to analyze crashes in detail and have a better understanding of their consequences. The application of similar systems resulted in massive safety improvements in Formula One, and now we want to focus on doing the same in other categories of racing cars,” Andy Mellor of the FIA Institute, said.

“All the data recorded by the ADR will be collected in the FIA Accident Data Base at Geneva and will provide an important reference for the future. As an example this kind of data may help to have a more scientific approach in designing components that are crucial for the drivers' safety, like seats, roll cages, safety belt anchorages,” the official added.

The ADR adopted by WTCC is the Model 3. IWI Witness, capable of measuring and recording meaningful chassis acceleration data during the impact of an accident, in three orthogonal axes at a minimum frequency of 1000Hz and a minimum range of ±150g, the press release informs.

“We are honoured that WTCC is the first championship invited by the FIA Institute to join the ADR Programme. This is an important additional service offered to the competitors thanks to the good cooperation between the FIA and KSO,” championship promoter Marcello Lotti commented.

This data-gathering device is mounted between the driver’s seat and the door and will be tested until the end of the season and is expected to become mandatory from 2009 on.