Watch the 1954 Mercedes W196 Being Auctioned for Record Price

Why was it so expensive you may ask? Well, using this car Juan Manuel Fangio won the 1954 German and Swiss Grand Prix races, and later his second F1 Drivers’ Championship. The single-seater is powered by a 2.5-liter straight-eight fuel-injected engine and features an all-independent suspension and a tubular space-frame chassis design, all of which were considered innovative back in the 1950s.

Scroll below to watch two videos captured at the historic sale that took place at Goodwood last week. 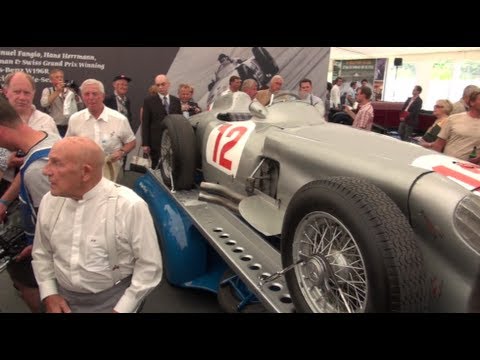