3 VW Amarok Goes to AIMS
Up Next

DTNA to Boost Production and Employment

Volkswagen Amarok Named Ute of the Year in Australia 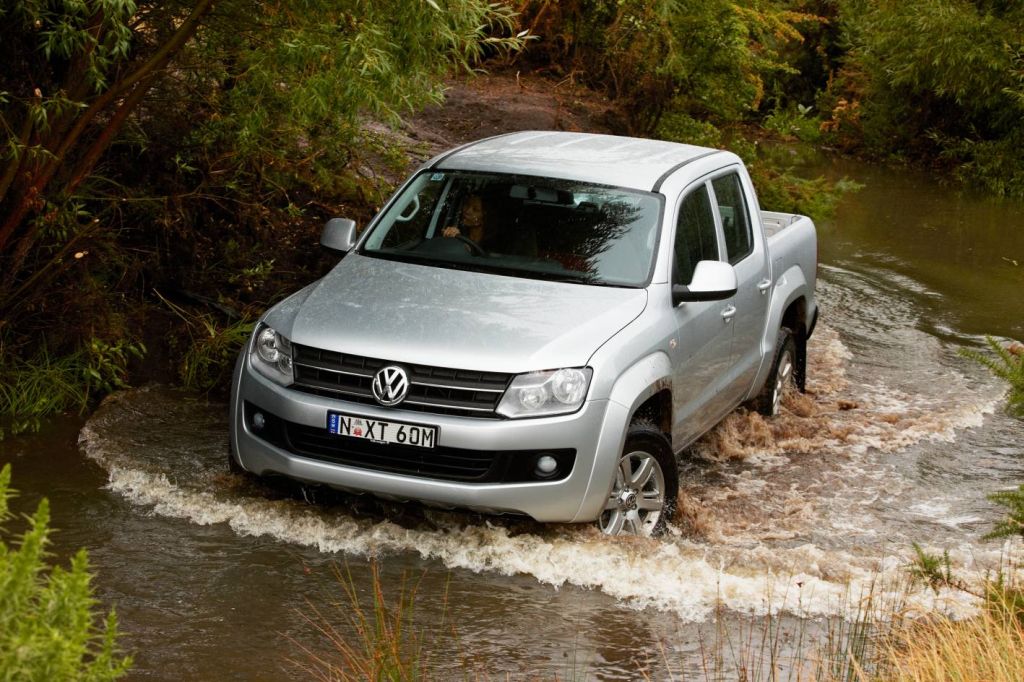 The Volkswagen Amarok has been awarded the trophy as ‘Ute of the Year’ in the 2011 Delivery Magazine Awards. Since its launch on the Australian market in February this year, the Amarok has set a new benchmark in the ute segment.

“The Amarok has revolutionized the ute segment thanks to its class leading fuel economy, safety and design”, said Mr Phil Clark, Director of Volkswagen Commercial.

The Amarok is available in Australia in four equipment lines and is powered by a highly-efficient TDI engine range. The 2.0-liter Bi-turbo TDI developing 163 PS and 400 Nm from 1,750 rpm.  This pulling power is matched by a maximum towing weight of up to 2,800 kg (6,173 lbs) for the Amarok Highline with permanent 4MOTION, or 2,690 kg (5,930 lbs) for models with selectable 4MOTION.

The Volkswagen Amarok is also the first ute in its class to be awarded a 5 Star rating by ANCAP (The Australasian New Car Assessment Program), making it the safest dual-cab ute in Australia. With standard driver and front passenger airbags, front head/thorax side airbags, Electronic Stability Program (ESP) with Brake Assist as well as Off Road ABS/ASR and EDL, the Amarok is a leader amongst its competitors.

Accessories that can be fitted onto the 2012 Amarok include a lockable toolbox designed to fit between the wheelarches, across the load bay. Alternatively, to cover the entire loadspace there is a choice of tonneau covers, or a complete body-coloured hardtop. Tonneau covers range from a soft waterproof cover which can be rolled out the way, or a choice of aluminum or body-colored hard plastic covers which are lockable and hinge open for access.

We are going to reveal a comprehensive test drive of the new Amarok soon, so stay tuned.