Gabriel Nica
When it comes to petrolhead dads and their kids, it doesn’t get any better than watching videos such as this one. This is how the passion for burning rubber and the smell of burned petrol is infused into the blood of a youngster.
1 photo
What we have here then is a former Falken Motorsports Pro Formula Drift driver Cavin Wan taking his two kids out for a spin in the back of a BMW E46 M3. As you can probably imagine by the man’s resume, the experience was not a straight line race but rather a drift around a carefully laid out course, alongside a Nissan.

Yes, the man took his entire family for a short exercise in drifting, showing them why he is respected around the world in the first place (in case they weren’t aware of it already).

His kids were, understandably, ecstatic about the whole thing and we’re not just saying that but basing it on the big, excited smiles on their faces throughout the 84 seconds of film below.

On the passenger’s seat was Cavin’s wife that also took some shots of her kids during the whole ordeal. In the end, everyone was more than happy that they went along with this experiment that some people would call dangerous.

Well, for them, we’d just like to point out that, apart from the fact that Mr. Wan is a professional that knows what he’s doing behind the wheel of his M3 (and we can hardly imagine he’d ever put his kids at risk), everything was also done on a special course, with plenty of assistance nearby and in controlled conditions.

Were this to be filmed on public roads, without helmets, seats for the kids and with someone else behind the wheel, things would’ve definitely been different but given the circumstances, how about we just sit back and watch this ‘drift family’ at work, huh? 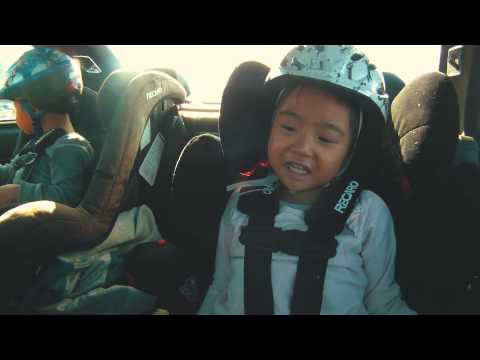