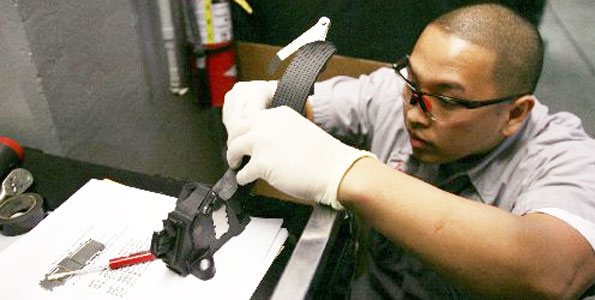 In a move which screams "better safe than sorry", Japanese carmaker Toyota announced yesterday it will install a brake override feature on an expanded range. Officially dubbed a measure to increase consumer confidence, the move comes only days after in an internal Toyota document a company executive was bragging how much money Toyota saved by finding a cheap fix to the accelerator problem.

According to Toyota, the override system will automatically reduce engine power when the brake pedal and the accelerator pedal are applied simultaneously under certain driving conditions.

Although, as we said, the immediate consequence of the measure means Toyota's recall will increase significantly, the carmaker tried to wrap the decision in a better looking package, saying the "brake override feature is not an integral part of the recall remedy, but is instead being added as an extra measure of confidence for Toyota owners." The upgrade however will be done at the same time as recall modifications are being made.

“Expansion of this  brake override feature underscores Toyota’s commitment to building the safest and most reliable vehicles on the road, as we have for 50 years, and to ensuring that our customers have complete confidence in the vehicles they drive.” Jim Lentz, Toyota Motor Sales COO said in a release.