The Transporter Earned Jason Statham a Free Audi A8 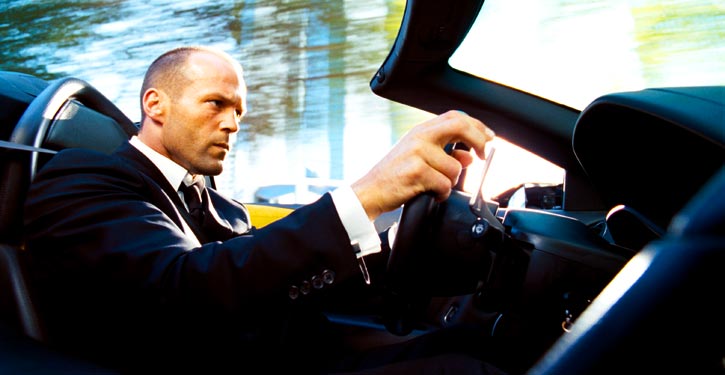 It's a well-known, well-documented fact that celebrities get freebies – that is free stuff normal people usually pay for. These free items range from cell phones, clothes and accessories to the occasional free ride. That's right, you've read correctly, fame and fortune comes with the added bonus of not spending a single cent on a car.

And don't be thinking that they get a Hyundai or a Kia either. Take Jason Statham for example. His movie franchise, “The Transporter” has been completely eviscerated in reviews by film critics, but that didn't stop him or the studio of making it all the way to episode 3, opening in November in the States.

Besides outrageous stunts and a lot of fighting scenes, the Transporter also managed to earn Jason a shiny new Audi A8, which was spotted around Hollywood by the paparazzi. Incidentally, Statham was accompanied by another British badass, Vinnie Jones who, some time ago, played the mysterious Sphinx in “Gone in 60 Seconds”.

He was also seen leaving the scene in a wicked-looking Mercedes GL. When questioned by the paps about why he was driving such a “domestic-looking car”, the reply promptly came through the  rolled window “Cuz it's free dude!”.

In fact, Jones seemed to be the chattiest of the two, with Statham barely uttering a word. Looks like someone's already a Hollywood diva. It is true that Jones has been longer in the spotlight and is used to dealing with the attention, while Jason has only recently hit it big.

So there you have it, the bottom line, celebs DO have it easier than you do. One more reason for you to envy them and for them to gloat. If you're into cars and crazy stunts that have more to do with CGI than reality, then be sure to see the latest installment of the “Transporter” series. Naturally, featuring an Audi A8.