4 Make Your Own Tinie Tempah and E 63 AMG Mashup

Home > News > Industry
Alex Oagana
When the news came that the Mercedes-Benz E 63 AMG will only be offered in 4Matic guise in the United States, there were both cries of excitement and disappointment at the changes.
1 photo
The naysayer were all about “oh no, AMGs have lost their spirit, no more unnecessary drifting at every touch of the gas pedal” and the likes.

The optimists obviously saw the upsides to the shenanigans, as all-wheel drive means brutal zero to whatever acceleration figures and insane cornering speeds.

Since this is America that we're talking about, there were also the pessimists who only saw all-wheel drive as making higher numbers in the quarter mile, as more power should be lost on its way to all four wheels.

Well, if we were to base our convictions on the following video, it seems that the addition of 4Matic all-wheel drive has done nothing in worsening quarter mile time, but on the contrary. Despite being owned by Alpha Performance, the non S-Model is completely stock for the time being, so those high elevens seem way more than satisfactory, wouldn't you concur? 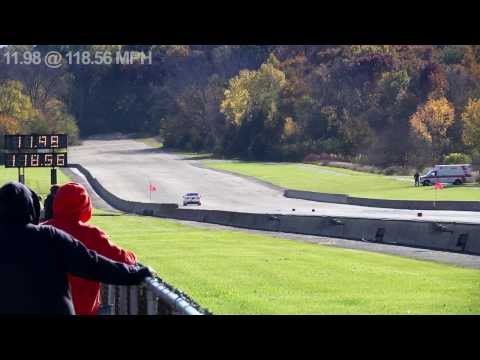