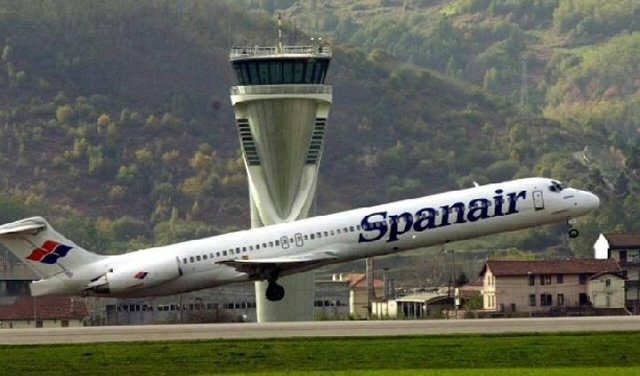 On August 20, 2008, a Spanair Flight from Barajas Airport (Madrid) to Gran Canaria Airport (Gran Canaria, Spain) crashed shortly after take off, killing 154 people. The aircraft was a McDonnell Douglas MD-82. Only 18 people walked away with their lives after the crash.

Now, exactly two years later, news of what might have brought the plane down surfaced. News which, if proved to be true, might shed another cone of shadow on the aeronautical industry.

According to Spanish media, citing the investigators, at the bottom of the crash lies a central computer system used to monitor technical problems in the aircraft. Apparently, that system was infected with malware, which prevented it from picking up the three technical problems which eventually led to the plane's crash.

According to the National Transportation Safety Board (NTSB), the plane took off from the Madrid airport with its flaps and slats retracted. Usually, such an event would cause audible alarms, but in this case, the systems which supply power to the take-off warning system failed.

According to livescience.com, citing head threat researcher at Trend Micro, Jamz Yaneeza, the malware has been classified as a Trojan horse. It could have been brought into the plane's systems in several ways.

This doesn't mean however the malware was placed intentionally. Mikko Hyppönen, the head of the research department at security firm F-Secure, says it's likely the malware was not intended for the plane either.

"Over the years, we have seen real-world infrastructure affected by computer problems. In most cases, this has been just a side effect; the malware behind the problem wasn't trying to take systems down, it just did," he was quoted as saying by v3.co.uk.