4 Sir Stirling Moss In Hospital after Lift Fall
Up Next

Dacia to Double Duster Output in 2011 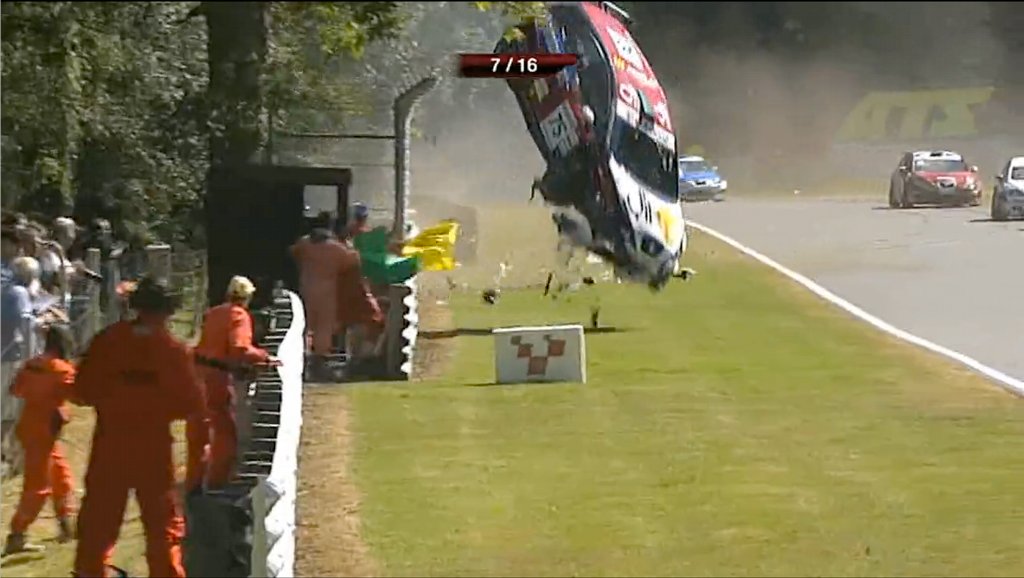 Automotive racing offers tons of thrills to both drivers and spectators with the occasion of every race and the Seat Leon Eurocup championship is no exception to this rule.

However, in some cases the thrills cross the thin line between pleasure and fear and end up offering a blow of negative emotions. This was the case of last weekend’s Brands Hatch race (UK), the second one in the current season of the aforementioned one make touring car racing series.

Two drivers, Beirao and Carvalho made violent contact, with the result of the event being that the latter lost control of the vehicle. The Seat Leon wearing the number 75 smashed into the guardrail, being thrown into the air and entering a destructive loop. The race car went thumbing over the guardrail, threatening the lives of race commissioners at the site.

Various reports indicate that the accident didn’t lead to any critical injuries. You can watch the video after the jump to see the spectacular crash. The footage shows the unfortunate event from two different angles, offering you a complete coverage of the accident.

But let’s see what vehicles are used in the Seat Leon Eurocup. The racing Leons are powered by a four-cylinder 2.0-liter gas engine that uses direct injection and turbocharging to deliver 301 hp and a maximum torque of 340 Nm. The power is sent to a double clutch DSG six-speed gearbox and transferred to the front wheels via a limited slip differential. The vehicle comes with a matching stopping power, provided by a braking system that uses discs for all four wheels (front: 362 mm, with six piston calipers; rear: 255 mm).