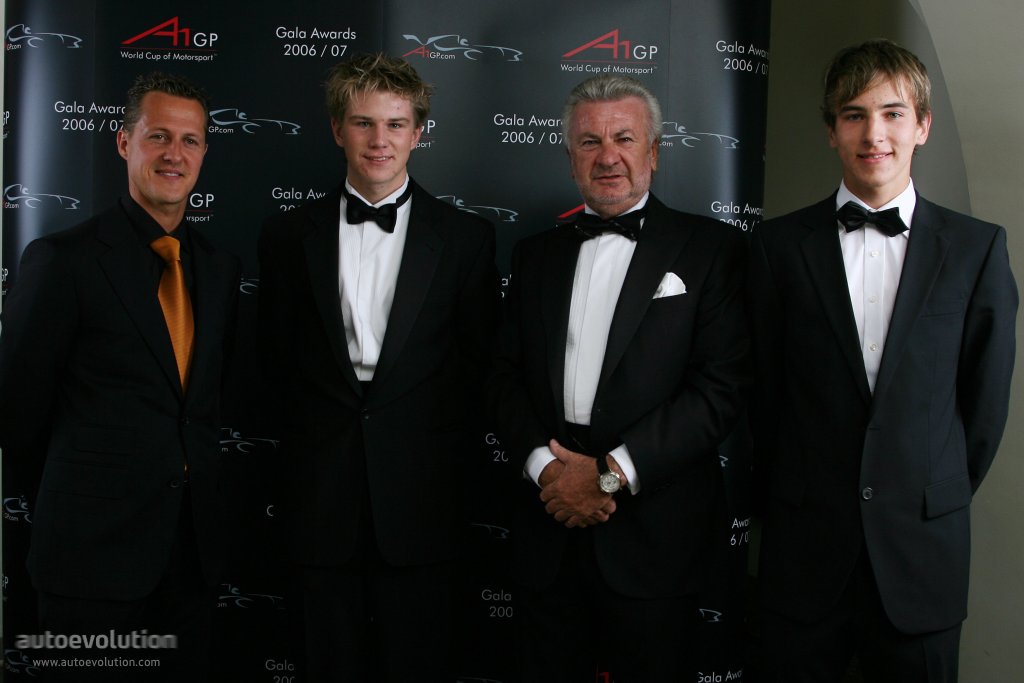 One day after the A1GP season finale in Brands Hatch, 7-time Formula 1 world champion Michael Schumacher presented the winning trophy to his countrymen who brought the title to Germany this year. The A1 Team Germany franchise owned by Schumacher's manager Willi Weber ran teenage racers Nico Hülkenberg and Christian Vietoris.

Schumacher had only praise words for Hülkenberg: "Nico's driving and A1 Team Germany's achievements this year have been excellent. Nico has everything he needs for the future - it is a long way to go but he is working hard, so why can he not achieve everything? I am proud as German, but it also because of the personal connections I have, that make this special to me."

It was the first encounter in an official environment between Schumacher and Hülkenberg, who is tipped to follow the Red Baron's footsteps in the near future. Manager Willi Weber previously stated that the 19-year old should have a Formula 1 seat by 2008, adding that he reminds him of Michael Schumacher as a young driver. Almost two decades ago, Schumacher's racing career was also jump started by influential businessman Weber.

The A1GP Gala, hosted by the Royal Court of Justice in London, gathered most drivers, franchisers, sponsors and championship executives involved in the 2006/07 season and several distinguished guests. "Tonight is a celebration of all we have achieved this season", A1GP Chairman Tony Teixeira said.

Teixeira added that "the teams, drivers and all involved in A1GP have put on a magnificent show, which I know will be improved upon again as we head to Zandvoort in September for our third season." Following a difficult 2005/06 season, withstanding a total loss of $212 million, the series really began to establish itself, especially in Asia. The exciting identical-car formula combined with strong local drivers meant that the audience and the attendance for every race was high. 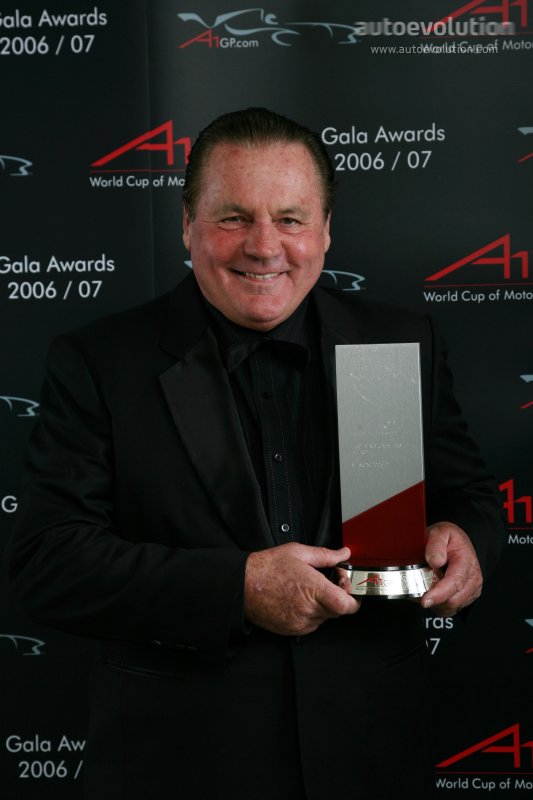 The ceremony also paid tribute to the memorable achievements of the season. Along with the runner-up medals, Team New Zealand was awarded the prize for the most supportive franchise and for PR excellence, while Kiwi racer Jonny Reid received the 'Most Improved Driver' trophy for his successful exploits on board the 'Black Beauty' car. In addition to his three race wins, Reid was a regular podium finisher this season.

Former F1 driver Jan Lammers, who owns the franchise and runs Team Netherlands, was handed the 'Best Team of 2006/07' award, while the Dutch round of the series in Zandvoort was named the best A1GP event of the season. Even more, Lammers' main driver Jeroen Bleekemolen was recognized with the award for the most spectacular overtaking maneuver.

The 'Most Improved Team' award went to Team China, while Team Australia got the prize for sportsmanship in recognition of the help they gave to rivals Team Portugal in Durban last February. The Portuguese stable returned to the series in mid-season lacking the personnel and the necessary equipment to perform the required pit stop in the feature race. Instead, the green-and-yellow mechanics from Down Under changed the tires on Alvaro Parente's car on its way to a points finish. Team Australia franchise owner and former F1 world champion Alan Jones received the 'Fair Play' trophy.

As Tony Teixeira said, the next A1GP season will kick off in Zandvoort this Autumn. With 17-year old Formula BMW prodigy Christian Vietoris already confirmed as main driver for Team Germany, expect a tough challenge by the reigning champion team.