1 Andy Shovlin to Be Race Engineer for Schumacher

Schumacher Comeback to Be Confirmed Today 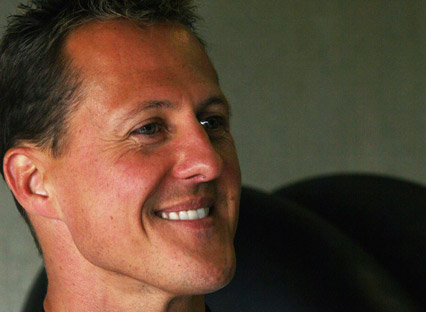 No, this is not official, but according to many authoritative sources, Christmas came earlier for Mercedes-Benz, as Michael Schumacher seems to have already signed a one-year deal with the German manufacturer for what will become “the greatest comeback in history.”

Although Germany's Bild newspaper has constantly issued rumors regarding the return of the 7-time world champion in the Great Circle, their reports have now received backing from the very broadcaster of Formula One in the UK, BBC. According to those two media, Schu has already inked a 7 million euro one-year deal with Mercedes GP, which will be announced later today.

According to the German source, the deal has been signed at Brackley, although Schumacher's spokeswoman Sabine Kehm refused to comment on the news. And you know what that usually means: the rumors are most likely true.

Schumacher will therefore rejoin with former technical mastermind Ross Brawn, with whom he used to work back in his Benetton and Ferrari days. The duo has won no less than 7 world drivers' titles together along the years.

Talking about Schu's decision to return to the series, 2009 vice-champion Sebastian Vettel admitted his delight, despite the fact that he'll have another tough nut to crack in his attempt to become world champion.

“This is his own decision for his own reasons but it makes me happy that he is going to be there. I hope he is still fit enough for his age to ride along with us,” the Red Bull driver is quoted as saying by RTL Nachtmagazin, according to a report from the GMM news agency.

The next step would be Schu testing a Brawn GP car next month, with the Mercedes GP team to seek permission from the FOTA to allow the German to do the outing.