Riding a bicycle around a busy city is definitely more convenient than sitting in a car during rush hours. Bike sharing programs are already present on the streets, and this paper-made helmet will be saving you the pain of carrying a standard one around.
4 photos

I'm pretty sure you are baffled at this point. How could something made of paper protect your head in case of an impact? Well, have you tried that little experiment with accordion-folded paper that can hold a tall glass of water? It's almost the same with the EcoHelmet.

The helmet is made out of recycled paper arranged in a radial honeycomb pattern. Its creator, Isis Shiffer, says it absorbs impacts as effective as a Styrofoam helmet. It also folds around your head and is said to fit all sizes.

“I was lucky enough to be studying at Royal College of Art and the Imperial College of London for a semester, and was granted access to Imperial’s crash lab,” says Isis. “They had a European standard helmet crash setup that allowed me to gather enough data on Ecohelmet’s proprietary honeycomb configuration to know it was viable and worth developing.”

Getting caught in the rain? No problem, the EcoHelmet is coated with a water-resistant layer that will hold the helmet's composure for a few hours. When you are done riding, the thing folds back into a compact half-circle shape which you can put in your bag and use it next time.

The fact that it's made from recycled paper makes the EcoHelmet very cheap, following to be sold at around $5. It won't last you forever, but at that price, it's convenient to replace it after a week or two of use. Shiffer envisions a reactive band on the side that will notify you when the helmet is not protective anymore.

The idea seems so good it won the 2016 International James Dyson Award and received a $45,000 cash infusion to turn it into a production model. If all goes well, expect the EcoHelmet to be on sale next year. 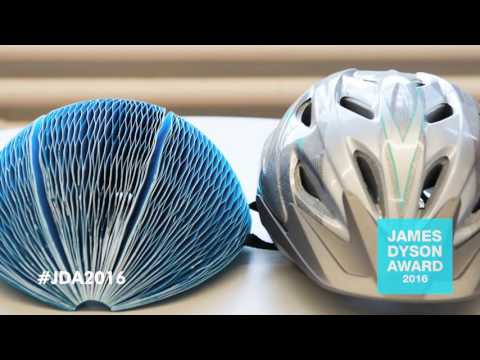 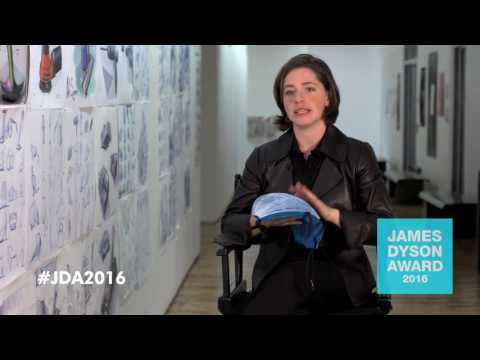