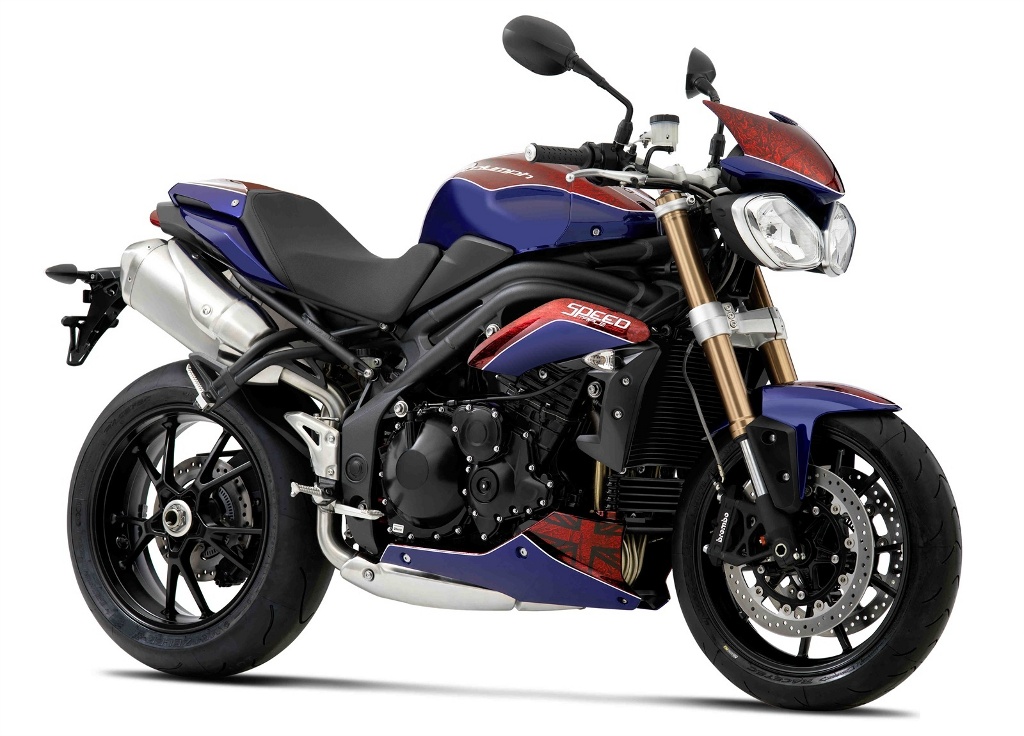 Celebrating an important milestone in the company’s history, comedian and motorcycle enthusiast Ross Noble will be using a uniquely liveried Speed Triple, Triumph’s 500,000th bike, in a week-long ‘Sit Down Tour’ (May 24-30). Noble will visit England, Scotland and Waleson, guided only by fans via Twitter, to uncover some of Britain’s best biking routes.

A few stops are already planned, such as visits to two brand new Triumph stores in Reading and Manchester, while others will be entirely shaped by daily tweets.

After the Sit Down Tour is over, Noble will take the Speed Triple to the Goodwood Festival of Speed on July 1, where it will be auctioned with all the proceeds going to the Riders for Health. The charity provides vital motorbike transport for medics to reach otherwise inaccessible parts of rural Africa .

"Reaching the 500,000th bike in just twenty years is a terrific achievement and a credit to the hard work of everyone at Triumph and our dealer partners globally. To mark the occasion and also to celebrate our British roots, we wanted to do something that gave our customers a chance to get involved. We were delighted when Ross agreed to help us mark the milestone with his Sit Down Tour, which will involve dealers, riders and fans across the UK,” stated Guy Masters, GM of Troumph UK on the Sit Down Tour.

The footage of Ross at Hinckley and the 500,000th bike being built is featured below: