3 2010 Chevrolet Spark to Debut at Geneva

New Hyundai i20 Details and Photos 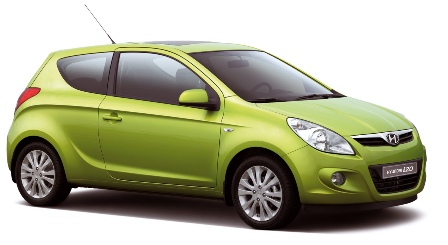 Hyundai has released some more images on the new Hyundai i20, the three door version of the i20, set to make its debut at the Geneva auto Show in early March, together with the i30 with start-stop and the QarmaQ SUV.

Developed at Hyundai's European Design Center in Russelsheim, Germany, the three door i20 takes its shapes from its older, bigger brother. The engines for the new model will also be the same as in the five door version, hyundai-blog.com reported.

The i20 will be powered by a wide range of engines, both petrol and diesel. The petrol based powerplants start with an entry level 1.2l 78 horsepower unit and continue with the 1.4l 100 horsepower one. The last petrol driven engine is a 1.6l 126 horsepower.

Two fuel efficient diesel engines, 1.4l or 1.6l, complete Hyundai i20's range. The bigger 1.6l version generates 126 horsepower and is said to be the most powerful diesel in the B car segment.

Entry level i20s will be equipped with a standard five speed manual transmission. The high end versions will benefit from either a six speed or an automatic four speed transmissions.

The new i20 will be seen in consumers hands in the second quarter of this year. An entry level i20 is expected to be priced at around 12,000 euros. With numerous standard features and with this affordable price, the i20 could wreak havoc amongst its competitors.