4 Audi Changes Its Heart Rate
Car video reviews:
Up Next 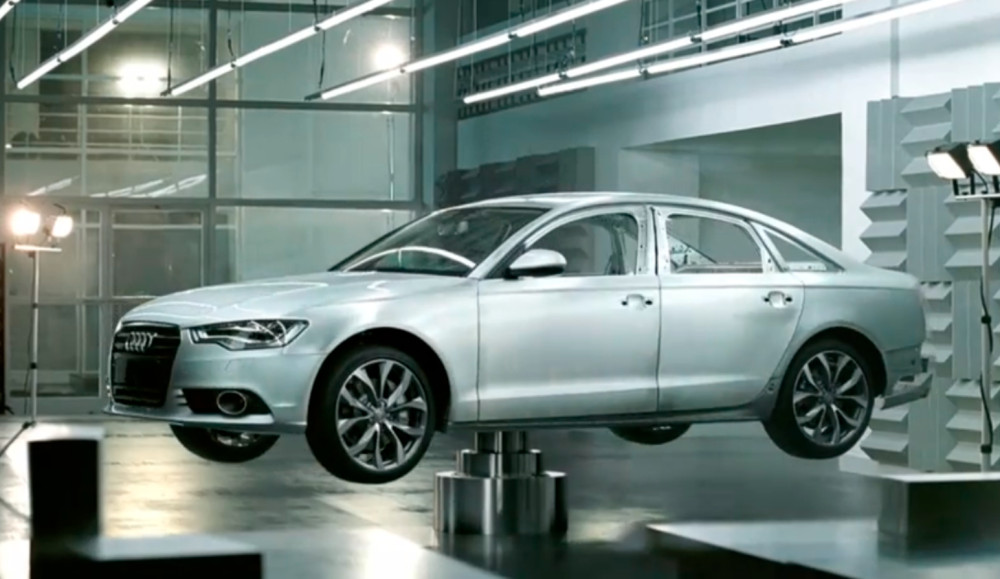 Audi have always been masters of crating masterpieces when it comes to their ad campaigns and their latest creation is no exception. Called ‘Manipulation’, this 45 second video combines a “what if” sort of attitude with a bewitching soundtrack and amazing graphics.

The ad was envisioned for the 2012 A6 and it describes the premium sedan’s hybrid body structure of steel and aluminum. It translates all that technical talk German engineers are known fore into pure computer-generated magic. In the fabricator's hands, the metal is as easy to shape as children’s Play-Doh. If only the A6 would be as cheap to buy as that.

“Audi has created an intelligent combination of various materials, rendering the body of the new Audi A6 extremely light, safe, and stiff. Thanks to its composite steel-aluminum construction, the body weighs approximately 15 percent less than a conventional steel construction, earning the sedan with the four rings a top ranking among the competition. Providing 130 kW (177 hp) of power, the Audi A6 2.0 TDI tips the scales at just 1,575 kilograms (3,472.28 lb), not including the driver,” Audi says.

High-end steels also plays a key role in the new A6, as it increases strength in areas like the passenger cell and at its transition to the front end of the car.