NASA Repairs Curiosity Rover Drill from Millions of Miles Away

It’s not much use being a rover with the capability to make holes in Martian rocks if you cannot do so. Ever since late 2016, NASA’s Curiosity rover has been sitting on its robotic arms, as the drill it was supposed to use for taking Martian soil samples failed.
1 photo
From millions of kilometers away (just as many million miles), NASA engineers managed to get the drill back in working order, and the rover went back to collecting Martian samples on Monday, by drilling a 1 cm (0.5 inches) hole into a rock.

How did they repair the car-sized rover from this far? Remember, we are talking about rocket scientist here.

The problem with the rover’s drill was that a faulty motor prevented the drill head from extending and retracting between two stabilizers that pushed against the ground when drilling began. That meant the drill no longer reached the Martian soil.

NASA people did a hack or two and now the drill is as its fully extended position all the time. Sure, there are no stabilizers to make sure the drill doesn’t slip, but the repair does seem to be working, as shown in the video below.

"We're now drilling on Mars more like the way you do at home," said Steven Lee, deputy project manager at NASA's JPL.

"Humans are pretty good at re-centering the drill, almost without thinking about it. Programming Curiosity to do this by itself was challenging - especially when it wasn't designed to do that."

Based on Curiosity, NASA currently develops a new rover, which will be used to perform tests aiming to find the best ways for humans to create oxygen on Mars. 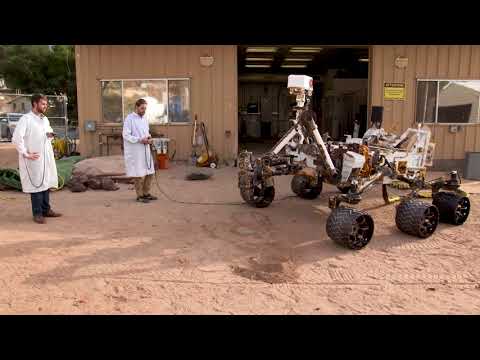