1 MG6 To be Showcased at Silverstone in June

2 New MG6 Pictures Revealed
Up Next

Porsche to Add 1,000 Employees, Gears Up for Cajun Production 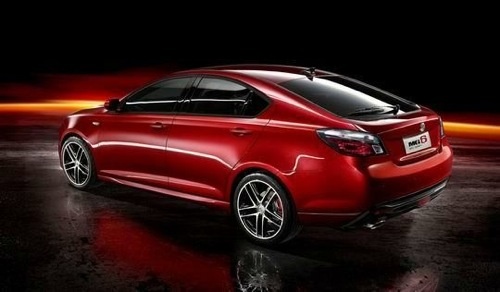 The Chinese-revived British brand MG has a very busy year ahead, as its long-awaited return to the market, accompanied by all the steps and measures that go with it, is drawing closer and closer. MG, apparently, is very anxious to get back in business and, according to just-auto.com, has stepped up the release of its soon-to-be star model, the MG6.

According to Guy Jones, the company's sales and marketing chief, the response the market has had to the model presented at the 2009 Guangzhou motor show was strong enough to make the auto maker confident of its success.

"We received really good feedback from our market research on the saloon which is perceived as a prestigious sports model. There is a very high level of interest in the car so we have brought forward the launch by a few months," Jones told just-auto.com.

The MG6 will be launched, as a consequence, in July, and will retail for prices in between GBP17,000 and GBP20,000. It will be offered in two versions, a four-door sedan and a five-door hatch, with the power plant choices being two petrol engines, based on the Rover 1.8l K-series: a 133 horsepower and a 158 horsepower.

Aiming to become a rival for Ford's Focus, the MG6 will rely on a new image for the brand, currently in the works with the production company owned by film director Ridley Scott. A new brand image, complete with a new logo, are also in the works, making the MG executives confident that the revival would be a success.

"We can do this, we have seen other iconic British brands resurrected over the past few years and the same will be done with MG," Jones added.