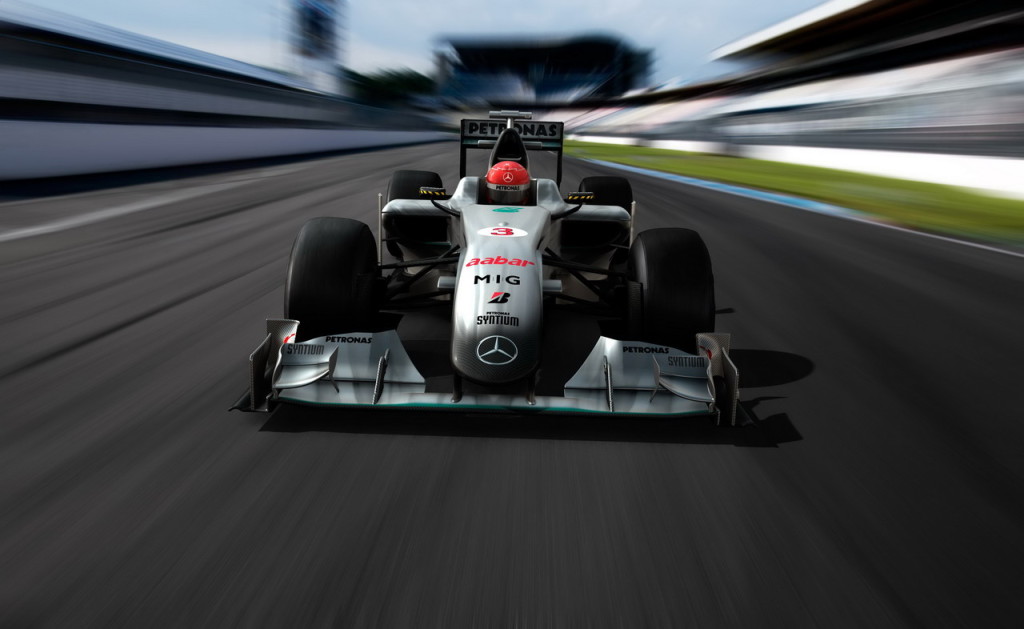 For all you Mercedes-Benz enthusiasts out there, the presentation event of the Mercedes GP team in Stuttgart was just a big teaser. And that because even if it showed the public their new car's livery for the upcoming season of Formula One, the actual car was the one Brawn GP used last year to take the world title.

Mercedes GP practically showed their new colors on a 2009 car, while their 2010 challenger will make its first public appearance during the Valencia test on February 1st. The new car was reported to be named MGP W01 – not the RB1, as initially revealed by the German media in recent weeks – and features Mercedes' classic silver colors, together with the title sponsor Petronas' logos all over it.

“This season, with the return of the Silver Arrows, the MGP W01 will shine in silver combined with a flow of iridescent silver and green shading. On the nose and other parts of the car, traces of black carbon fibre are visible – a reminder of the first Silver Arrow of 1934,” said the press release from Mercedes.

The ceremony took place at Mercedes' museum in Stuttgart, with over 600 guests, including 200 media representatives and 200 Mercedes-Benz employees being there. Team manager Ross Brawn and race drivers Nico Rosberg and Michael Schumacher also attended the event.

“Our team have been working extremely hard throughout last year and over the winter on the development of the MGP W01 and everyone at the team is looking forward to the start of testing in Valencia next week. We have two excellent drivers in Nico and Michael, who will form one of the most exciting and one of the best partnerships on the grid,” said Brawn.

“Finally the 2010 Formula One season is firing up! I have to say that I am totally committed to this new challenge. This season feels like a re-start for me and I am so motivated. We have a very exciting combination at MERCEDES GP PETRONAS. We have a World Champion team in every sense of the word and I cannot wait to get into the car for the first time in Valencia,” added Schumacher.

“I have seen how hard the team is working on the new car and I really can’t wait for the opportunity to drive it for the first time in Valencia next week. I am looking forward to working with everyone at MERCEDES GP PETRONAS and will give it my all to reward their fantastic efforts with good on-track results this season,” said Rosberg.