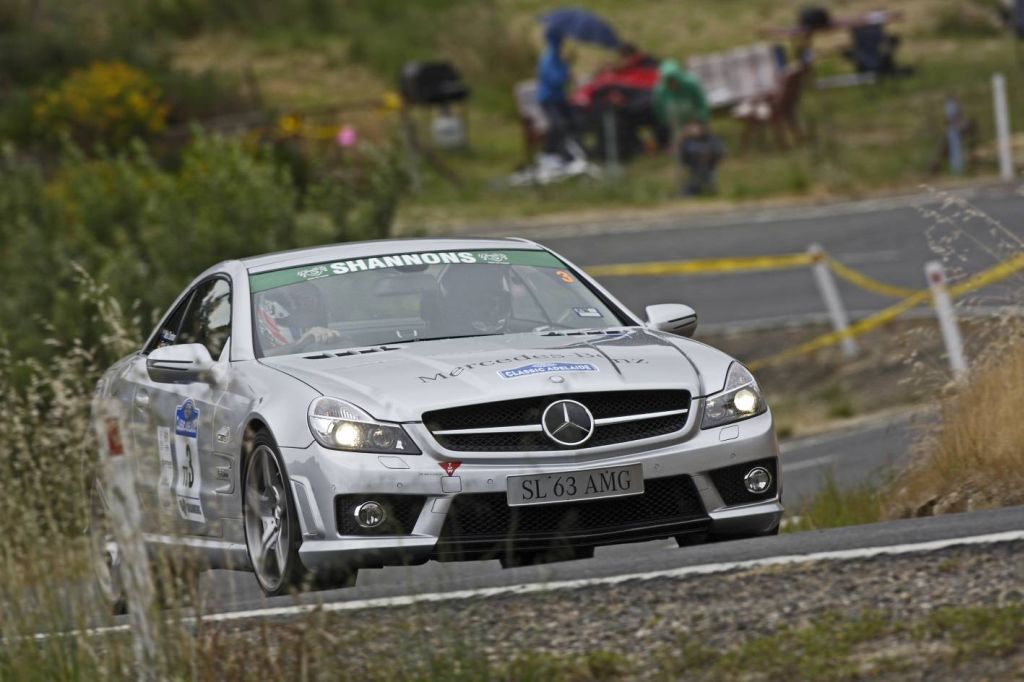 ... for the thirteenth consecutive year, which means the carmaker will be setting a record of continuous support and involvement with the annual event. The German carmaker announced its participation with a four-vehicle team in this year’s “Thoroughbred Touring” category.

Making its Australian debut at the hands of five-time world MotoGP winner and long-term AMG owner, Mick Doohan, will be driving the E63 AMG. The Classic Adelaide rally will mark the model’s first official outing on Australian roads.

The 2008 crowd favourite, the C63 AMG will be piloted by trucking and logistics operator Glen Cameron. Nicknamed the “compact sledgehammer” by last year’s drivers, the 6.2-litre C 63 AMG is expected to be among the favorites this year as well.

The lineup will also include a surprise Mercedes-Benz entrant that has never competed in Classic Adelaide before and which will be driven by Bathurst 1000 endurance veteran Peter Gazzard.

“And finally, for a bit of intrigue, we have a special type of vehicle that has never before competed in Classic Adelaide. South Australian Mercedes-Benz dealer Peter Gazzard will pilot what we expect will be both a crowd pleaser and a crowd teaser. In previous events Gazzard has caught and passed more than a few wide-eyed drivers of fancied European marques and we expect the same this year,” said Senior manager for Corporate Communications at Mercedes-Benz Australia/Pacific, David McCarthy.