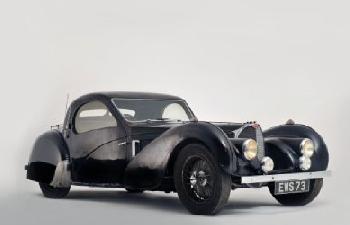 Finding old and expensive cars in your garage is becoming quite popular nowadays, at least for some folks, some lucky folks. The latest such event happened in Tyneside, North East England, where a rare piece of machinery in the form of the Bugatti Type 57S Atalante  was discovered.

According to the BBC News, relatives of reclusive Newcastle doctor Harold Carr found the 1937 Type 57S Atalante in a garage after he died.

"We just can't believe it. Of course we're delighted and we're going to make sure the money is shared out among the family. It's a wonderful thing to leave," doctor Carr’s nephew told the aforementioned source.

Yeah, we would be delighted as well if we stumbled upon such a beauty in our garage. Unfortunately, we’ll have to settle for old toys, dirty tools and baseball cards, if we’re lucky. Anyway, let’s get back to the Bugatti. 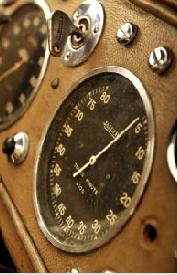 The auction house mentions that the Bugatti Type 57S, chassis no. 57502, was completed at the Bugatti works on 5 May, 1937 sporting two-seat Atalante coupe coachwork. Earl Howe took delivery of 57502 on the 9 June 1937 and was to retain his Bugatti for over eight years. He added a personal touch by fitting his own bumpers, rear-view mirrors on the A-pillars and a luggage rack, which it still retains to this day. It was to become his personal companion, escorting him to Brooklands and other race meetings.

“The Atalante is incredibly original and, although she requires restoration, it is “restoration” in the true sense of the word. From my perspective, save for some of the interior, all original parts can be restored or conserved in order to maintain originality. It offers a truly rewarding project to the new owner - who will join a select list of distinguished owners – to play such an integral part in bringing this wonderful motor car back to life. It has all the finest attributes any connoisseur collector could ever seek in one of the ultimate road-going sports cars from the golden era of the 1930s," James Knight, International Head of Bonhams' motoring department said.

The future owner will be thrilled to know that the Type 57S Atalante, designed by Ettore Bugatti’s son Jean, has an impressive low mileage with an odometer reading of just 26,284. Even more impressive is the fact that only 17 Atalantes were built, which means more money for the lucky nephew and his family. And we're not exaggerating here as it has an estimated value of £3m ($4.35m), as BBC reports.

So, don’t forget, empty your purse in Paris on 7 February 2009 when Bonhams’ Retromobile auctions the rare Type 57S Atalante! Also, should you have no information on Bugatti’s history check out our article here.