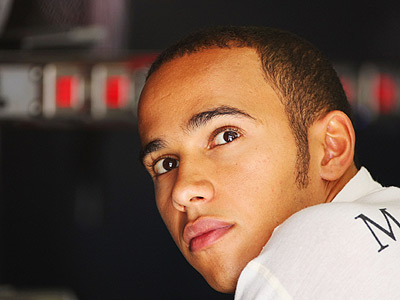 Lewis Hamilton's involvement in the lying saga was not the only thing giving the reigning F1 champion headaches following the Malaysian Grand Prix. As reported by Swiss publication Tribune de Geneve, the McLaren driver was involved in a minor car crash when driving his black Mercede-Benz through the streets of Geneva.

According to the aforementioned source, the British driver ran through a stop sign and right into a Peugeot 206 with female driver on board. The accident occurred at the intersection between the Capite and Messin streets but did not result in any injuries for the Peugeot occupants.

Both the female driver and her daughter were medically OK and, as the Swiss reporters revealed, accepted to settle for an amicable agreement with the F1 ace. It appears the British champion reacted with class, quickly admitting his fault and apologizing for losing control of his car, as reported by the same source.

However, this is not Lewis' first shunt outside the F1 track. The McLaren ace had his driving license suspended and was handed a 600-euro ticket for speeding, back in 2007. When driving his Mercedes CLK 63 AMG in northern France, he was caught by the police doing 196 km/h.

Speeding and car crashes problems seem to be running in the family, as Lewis' father Anthony was also involved in an accident on June 5 last year, after crashing a Porsche Carrera GT into a fence. After leaving home with his wife Linda, the oldest of the Hamiltons wanted to check out the revs on the aforementioned sports car. Instead, his maneuver caused the car to spin and eventually crash into a bush fence nearby.

UPDATE: A spokesperson for McLaren denied reports that Hamilton ran through the stop sign.

"Lewis was involved in a low speed traffic bump on Saturday 14 March. It was immediately sorted out in a mutually amicable fashion by both parties. There was a mirror on the wall to view oncoming traffic. Lewis was stopped, he looked in the mirror and there was nothing there, so pulled out and noticed the other car coming too late. Lewis was stationary at the time of impact," said the spokesperson.