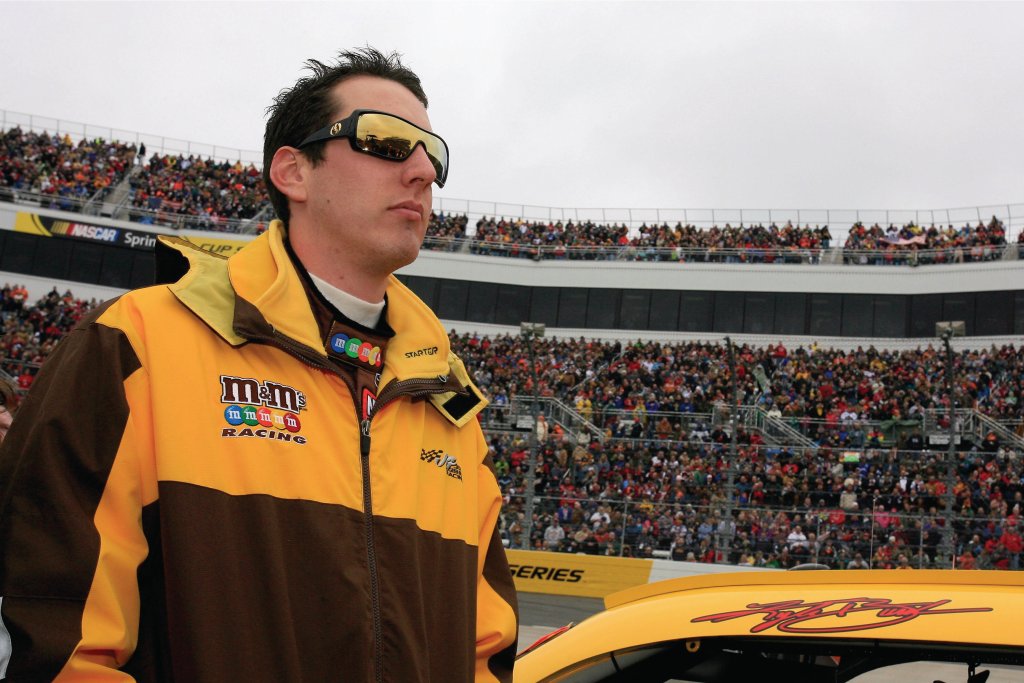 Who said one can't win a race if starting from the back of the field? Kyle Busch sure had a different agenda on Sunday night, when he powered to his first Sprint win of the season - Shelby 427 - at the Las Vegas Motor Speedway.

Despite setting the fastest time on Friday's qualifying session, the Joe Gibbs driver had to move to the rear of the starting lineup because of an engine change during the practice session. However, in a race that had a record of 14 caution periods, the smallest of the Busch brothers managed to climb up the pack despite the traffic and eventually clinched the lead on lap 228. Later on, Busch managed to finally get into the lead for good on lap 269 (out of 285), passing Clint Bowyer for the win.

“This is pretty cool. I didn't know exactly what it would mean, but when I was coming to the checkered flag, there were knots in my stomach. We just had to battle hard. We didn't have the best car [Sunday], but we had a car that we could keep working on and keep making it better,” said Busch after his 13th Sprint win of career.

Bowyer eventually finished the Shelby 427 in 2nd place thanks to a great pit strategy from crew chief Shane Wilson – who decided to let his driver on track during the caution period on Lap 260, while several drivers in front of him decided to pit.

Matt Kenseth, the only driver who had passed through the Victory Lane this Sprint season, failed to make it three in a row on Sunday, as his engine blew up on Lap 6. Needless to say, he finished the Shelby 427 in last place. Reigning champion Jimmie Johnson also had a rough day on Sunday, as he caused the last caution of the race on Lap 280 (only 5 laps from the finish line) to eventually finish 24th.

Jeff Gordon was the second winner of the day at Las Vegas, as the Hendrick Motorsports driver has taken over the lead in the point standings from Kenseth, following his 6th place overall.