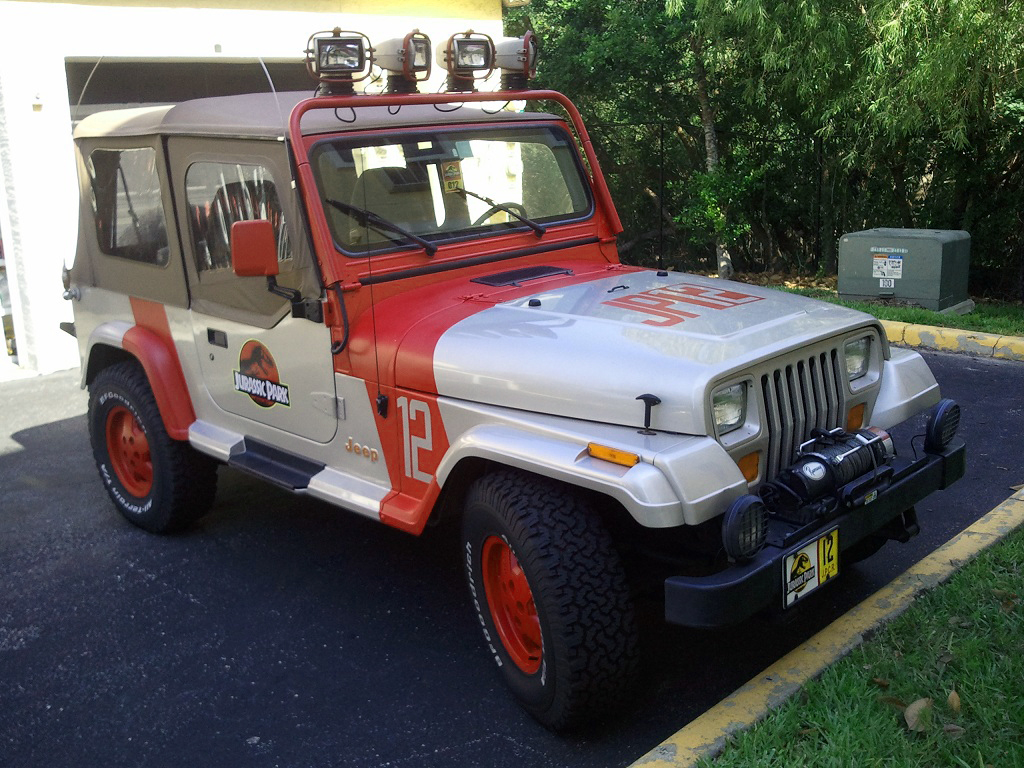 The science fiction adventure film Jurassic Park launched in 1993, grossing more than $914 million worldwide, thus becoming the most successful film released up to that time. Naturally, there are still many fans of this movie out there, some fantasizing of having their own dinosaur adventure.

However, this is less likely to happen, so the closest to Jurassic Park you can get is to owning movie-related items. Take the Jurassic Park Jeep Wrangler for example. A replica of the vehicle seen in the movie has recently been put up for grabs on eBay.

Based on a 1995 Jeep Wrangler Sahara, the vehicle in question uses custom decals, which are painted not applied in vinyl, which means they last longer. The motorized light rack is exactly how the screen-used #12 Jeep featured, with each of the 4 lights being controlled by individual joysticks mounted to the dashboard. 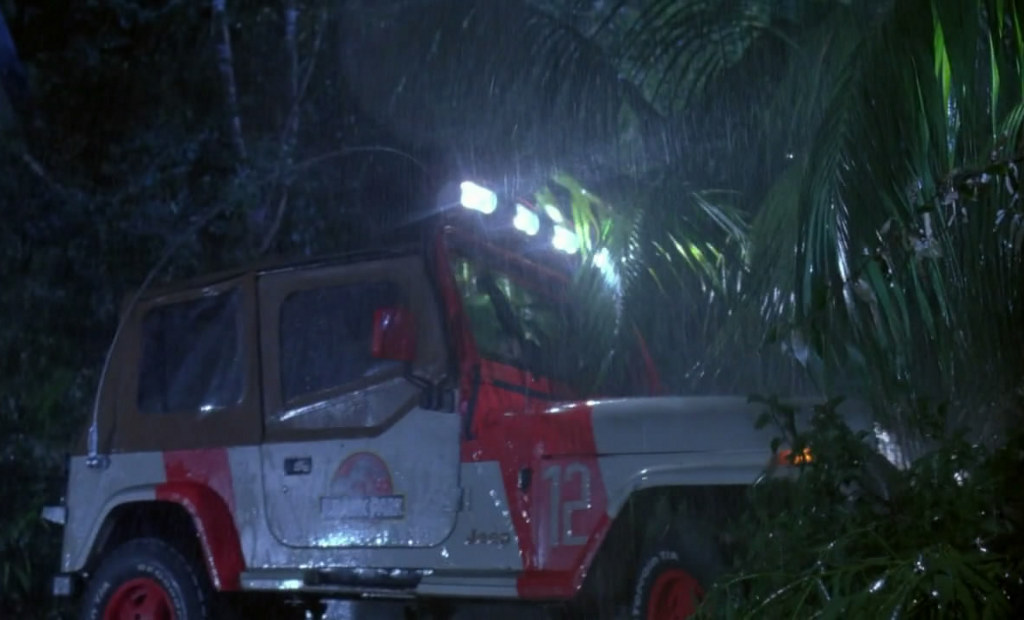 Despite the fact the original car came with spice/tan interior color, the seller has replaced it to match the screen-used green/tan interior. In addition, the BF Goodrich All-terrain tires fitted on the vehicle are the same as the ones used by the vehicle in the movie. The CB Radio Antenna and the rear orange fog lamps mounted on top of the taillights also match the movie Jeep.

Unfortunately, those who have started rubbing their hands and wanted to buy this movie replica Jeep, will be disappointed to hear that it has already been sold. The vehicle went to the highest bidder for $9,000.