1 Jack Roush Injured in Plane Crash
Up Next 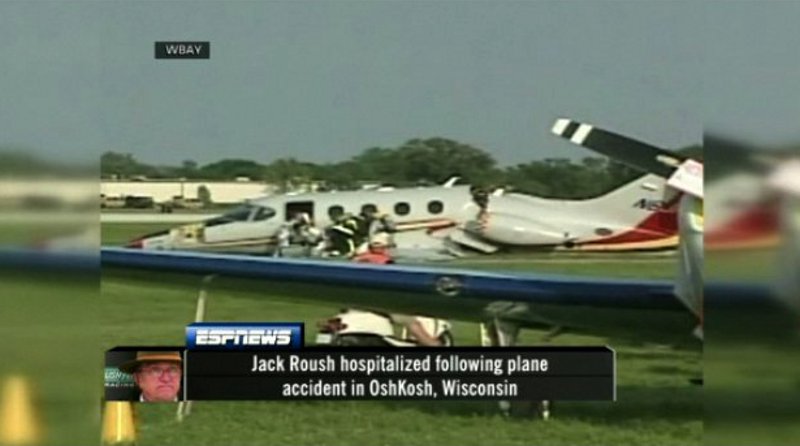 As we told you earlier today, 68-year old Jack Roush, co-owner of Roush Fenway Racing and chairman of Roush Enterprises, managed to survive a crash on Tuesday evening, after the Hawker Beechcraft Premier jet he was flying crashed while landing.

A video of the plane after the crash shows the plane broke in half and there's no sign of the landing gear in sight. According to witnesses, Roush's plane was on approach towards the north-south runway of the Wittman Regional Airport when it passed over the runway, came back down and after a rough skidded to a stop. Roush was on his way to the annual EAA AirVenture show which is being held at the Wittman Regional Airport.

“The National Transportation Safety Board and Winnebago County Sheriff's Department has confirmed the two occupants on board were Jack Roush of Northville, Mich., and Brenda Strickland of Plymouth, Mich., who each exited the aircraft following the accident.”

This is the second time in eight years Jack Roush managed to escape pretty much unharmed from a plane crash. In 2002, while also piloting a plane, he ditched into a pond in Alabama.