We all remember the Sci-Fi flying vehicles Star Wars characters were using to fly around the forest moon Endor. Now what would you say if we told you that it's only a matter of years until scientist actually finish their first hoverbike designed for the many?
1 photo
Aerofex, the company that developed the Aero-X prototype presented in 2012, has recently announced that the flying personal aircraft will be available by 2017 and it will only cost $85,000. If the original hoverbike concept, dating back to the 1960s, seemed only a dream, now the engineers claim they fixed the problem. They’ve found an answer for the stability issues, by creating a mechanical system that allows the vehicle to respond to the pilot’s leaning movements and natural balance.

According to its creators, the Hoverbike will be able to fly up to 10 feet (3 meters) off the ground at 45 miles per hour (72 km/h), and anyone interested will be able to easily drive it. “It’s a hovercraft that rides like a motorcycle - an off road vehicle that gets you off the ground”, the engineers explained.

The flying machine is fueled with automative gasoline and will run up to 1.25 hours. It takes one week to learn how to drive it and you won’t even need a flying license considering it runs so low. In January 2012, Aerofex presented its recent work at the American Helicopter Society Future Vertical Lift Conference in San Francisco.

We are wondering if this vehicle will eventually manage to beat those powerful supercar engines or it’s just going to be another Sci-Fi vehicle they will use in movies. 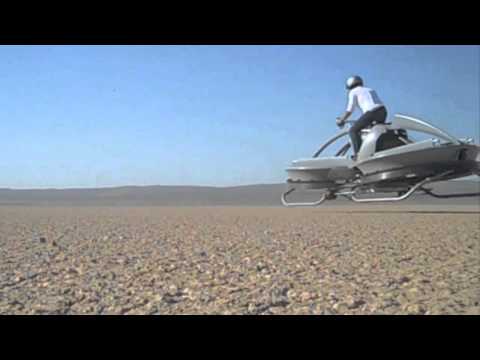