One of the biggest drawbacks of eVTOLs (electric Vertical Take-Off and Landing aircraft), besides lack of regulation, is the lack of infrastructure. While working on its own eVTOL, Hyundai has also imagined the first vertiport – and it’s a pop-up one.
6 photos

Hyundai prefers the name Urban Air Port instead of the vertiport term favored by other players in the game. This one is called Air-One, and it will be fully operational in November this year after it was chosen as the winner of the Future Flight Challenge by the UK government. It will be located in Conventry, England, and will take mere days to set up – hence the “pop-up” reference above.

Air-One will serve both eVTOLs and drones, facilitating the transport of cargo and people across cities. It will reduce congestion but have a minimal footprint, with a focus on efficiency and multi-functionality. Much like a heliport but with a 60 percent smaller surface, Air-One (or any other future Urban Air Port, for that matter) will have an elevated surface for landing and integrated hangars underneath.

Aircraft landing will be lowered into the structure for charging or maintenance work, thus freeing up the landing area for the next arrival. The structure will also include passenger areas, including checkpoints and lounges, much like in a regular airport.

More importantly, these Urban Air Ports will be easy to set up and just as easy to take down for relocation, which would make them ideal for disaster area management. They could also operate completely off-grid for a while and would be compatible with other sustainable means of transport (e-buses, electric passenger cars, or scooters) acting as a hub for them.

“Over a hundred years ago, the world’s first commercial flight took off, creating the modern connected world. Urban Air Port will improve connectivity across our cities, boost productivity and help the UK to take the lead in a whole new clean global economy. Flying cars used to be a futuristic flight of fancy. Air-One will bring clean urban air transport to the masses and unleash a new airborne world of zero emission mobility,” Sandhu adds.

Once air mobility becomes the norm, these Urban Air Ports will also serve to connect more remote regions across the world, bringing equity and encouraging commercial growth, Hyundai says. Plans over the next five years include building 200 such vertiports. 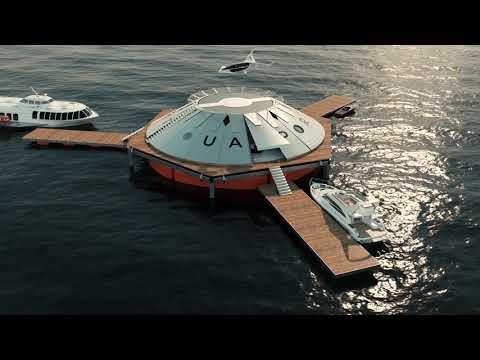