2 Google Tech for Chevy Volt
Car video reviews:
Up Next 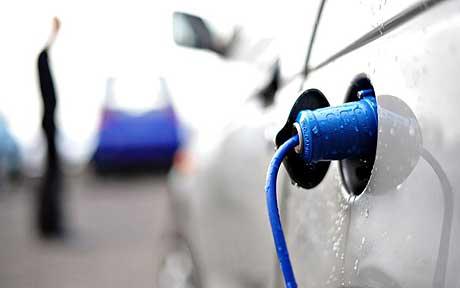 The biggest challenge for carmakers building electric vehicles has remained making them more efficient and, after the release of the first models, experts are claiming there's more to advance at this chapter. And the company that could support companies in their goals to extend the autonomy of the electric vehicles is no other than Internet search giant Google who recently invested in a startup called Transphorm.

Although it's not involved in the automotive sector, Transphorm design technology that can make the energy conversion process a lot more efficient - up to 90 percent of the power lost during the process could be saved, company officials say.

And Transphorm says that auto sector seems appealing, but investments in this area won't be made anytime soon.

“We are going to start working on it soon. But I believe it will take three years to five years before it becomes something the automotive sector will have the stomach for,” CEO Umesh Mishra in an interview with VentureBeat. “But it’s a hugely attractive thing. … People in that sector completely understand the value proposition. We just have to work with them to get there.”

Nissan Leaf, currently arriving on global markets, has an autonomy of 100 miles (160 km) per battery charge but the range could be increased by a significant percentage if the car is equipped with more efficient power conversion technologies. This of course could change people's perspective over electric vehicles, not only because they would be able to go longer with a single charge, but also because they would support authorities in providing the necessary recharging infrastructure.

Whether Google will or will not conquer the green automotive sector remains to be seen. This is only the beginning though...