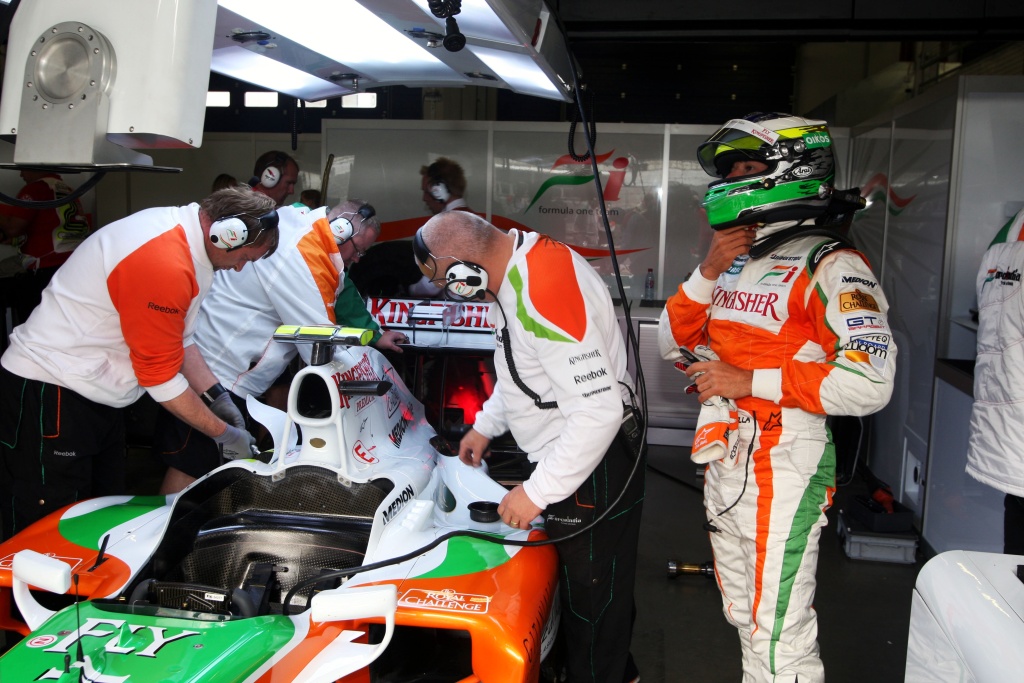 The incident was confirmed by race driver Adrian Sutil himself, who recalled seeing the green-clad German officers as he watched through the windows of the paddock building, according to the aforementioned source.

It appears the police threatened Vijay Mallya's team with seizing properties of their F1 operations, such as the very Mercedes-powered cars or other equipment at the circuit. The Indian billionaire took care of business, though, as he cleared all things up with the German policemen. In the end, the Force India employees resumed work at The Ring.

The scare seems to have worked just fine for the Silverstone based team, whose veteran driver Giancarlo Fisichella recorded the 5th best time of the morning practice. Adrian Sutil also recorded some good lap times during the first part of the P1, before leading his VJM02 into a stall on the ground at the exit of turn 1 (due to a loss of hydraulic pressure).

Local favorite Sebastian Vettel had a morning session to remember on Friday, as he followed his fellow countryman in stalling his car at Turn 1 after only 10 laps on the Nuburgring circuit. Unlike the Force India mechanics, the Red Bull one managed to fix Vettel's problem and get him on track for a few more extra laps. Vettel eventually finished the session in 8th place.